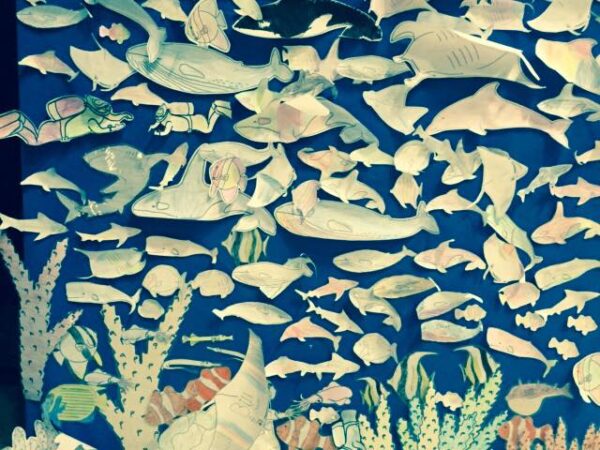 15000 people streamed through the doors of this year’s Whalefest in Brighton, and I was lucky enough to be there working with WiseOceans ready to greet them. 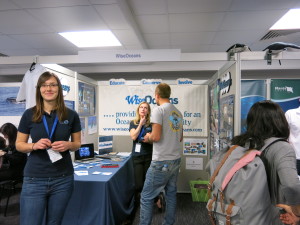 We were fortunate enough to have our stand positioned with a sneaky view of the main stage. We got to hear snippets of Steve Backshall’s passionate opening talk, Monty Halls and James Brickell’s experiences of filming ‘The Great Barrier Reef’ and Michaela Strachan’s tales of ‘dancing’ with dolphins. We even got to hear rumours trickle through that SeaWorld had sent a group to disrupt ex-trainer John Hargrove’s talk on the horrific truths of forcing killer whales into captivity. 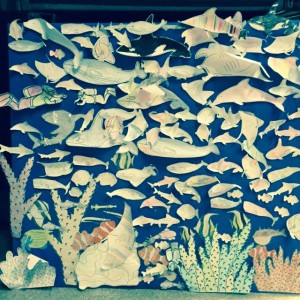 At the WiseOceans Kids table we had great fun colouring in a variety of marine animals and sticking them on a board to make the most wonderful coral reef. People would pay zillions to dive amongst the rainbow dolphins, purple sharks and giant corals that came pouring out of the children’s imaginations. But it wasn’t all about the colouring; while colouring we chatted to the kids about our favourite marine animals, what they like to eat, where they live and how they might need protecting. Children learnt fun facts about the less ‘famous’ animals – the one that caused the most hilarity and excitement was of course that parrot fish poo sand.

WiseOceans used Whalefest as a perfect opportunity to ignite a spark of wonder and love for the oceans in hundreds of children’s hearts. These children are now more likely to grow up with a caring attitude towards the oceans. They will be the ones that know the dos and don’ts of snorkelling around a coral reef, they will think twice about using plastic bags that could be eaten by turtles (as they confuse them for jellyfish) and they will hopefully be the future ocean campainers. Another way that WiseOceans promote this attitude is by sending passionate Marine Biologists into schools – check out the ‘Dive into the Classroom’ page to find out more.

Together we can bring up an ocean caring community who live peacefully alongside nature. 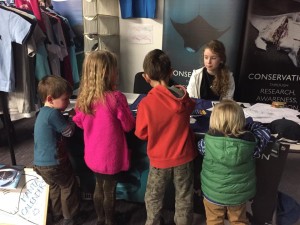 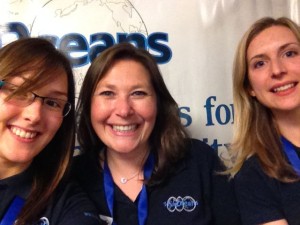 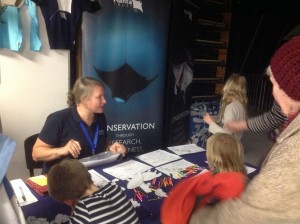