By Guest on March 22, 2016 in An interview with WiseOceans 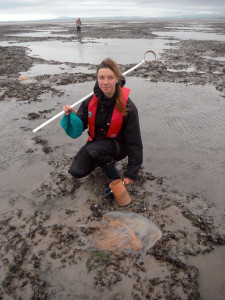 It was clear from a young age that I was an outdoor adventurer, a beach explorer, a wave rider and a wildlife lover. However, it wasn’t until half way through my BSc degree in Environmental Sciences at Brighton University that I realised a career path in marine conservation could be possible for me: as long as I was passionate I could achieve the dream job! 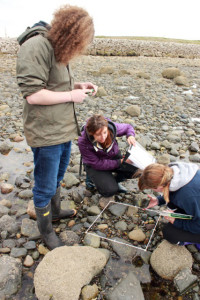 Once I successfully graduated, I wanted to get an idea of what marine conservation was like in the field, so, naturally, I applied to work on a remote island off the coast of Madagascar as a Marine Research Assistant Intern. Having learnt to dive, deliver marine surveys, support volunteers (and learnt numerous other miscellaneous life skills), my next career goal was to learn more about marine conservation in the UK, so I studied a Masters in Climate Change: Managing the Marine Environment at Heriot Watt University in Edinburgh.

By the end of my Masters degree, unlike some of my peers who had studied marine biology in their first degree, I was not yet specialised in one aspect of marine biology. I struggled to get a job in marine biology and I was keen to learn more.

When I saw the Marine and Coastal Heritage Programme advertised at Cumbria Wildlife Trust, I knew this would be a perfect opportunity for me and I was thrilled to hear I had been accepted. 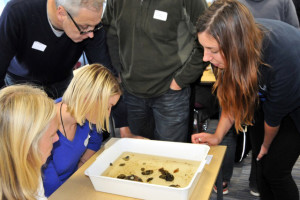 My traineeship ran from May 2015 to February 2016 and looking back on those nine months, I can’t believe how much I achieved! It began with a trip to Northern Ireland to visit the Ulster Wildlife Trust Trainees and I was lucky enough to be able to carry out a Shore Thing survey at the Giants Causeway.

Back in the heart of Cumbria, I completed many training courses such as Outdoor First Aid and many other marine and coastal species ID training. From this, I soon became a ‘Shoresearch’ Leader and I enjoyed regularly surveying the beautiful coastline of the North West. I also, had the opportunity to work with North West Inshore Fisheries and Conservation Authority (NWIFCA) and survey mussel beds and honeycomb worm reefs, a Priority Habitat in the UK’s most important muddy/sandy estuary, Morecambe Bay. 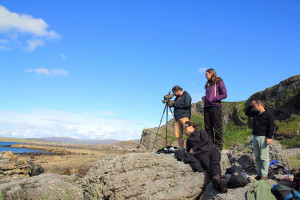 The traineeship really built up my confidence in public speaking and partnership working and I loved being able to speak up for the ocean. As well as helping to run numerous marine public engagement events, I took on a range of other challenges from presenting Marine Conservation Zones to a huge audience, to delivering marine workshops at conferences and at colleges- something I didn’t think I could do!

Living on South Walney Nature Reserve, getting to know the beautiful reserve and its wading birds species and adorable grey seal colony has been one of the most wonderful privileges. It is not every day that you get to wake up on a nature reserve, with limited technology, surrounded by the ocean and share great experiences with other enthusiastic staff members, volunteers and visitors. I miss the days I spent in the various bird hides, observing wildlife while collecting data for my bird disturbance project. From this, I was able to write up a scientific report for The Trust, run my own wading bird ID workshop for the public and assist with the UK’s first ever wading bird festival for the RSPB in Liverpool. 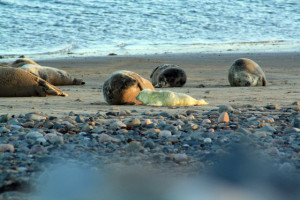 Having gained experience in the charity sector, I have learnt a lot about possible career opportunities and I have realised that you don’t need to just focus on one aspect of marine biology if you don’t want to. I am more passionate than ever to pursue a career in marine conservation and I recommend anybody with a similar passion to stay flexible and get involved with as many things as possible. Now, gaining a job as a marine and coastal conservation officer is not only a dream, but also a realistic career goal.

2 Responses to Training to be a Marine & Coastal Conservation Officer

Leave a Reply to Jenn Click here to cancel reply.