The office of an islander!

Home » News & Blogs » The office of an islander! 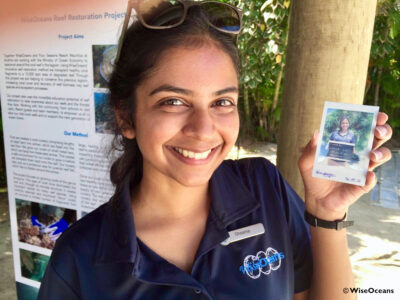 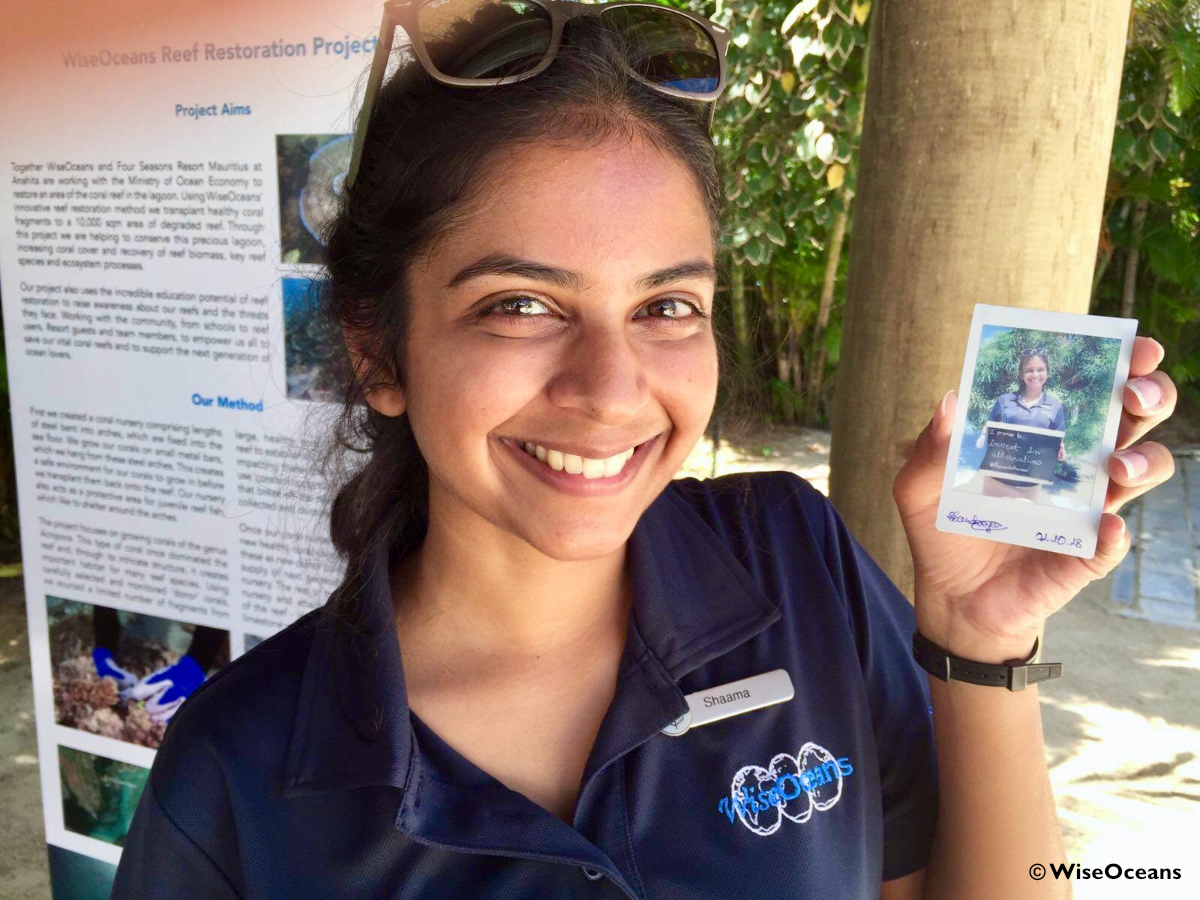 Joining the WiseOceans team has literally been a dream coming true! I remember seeing a picture of WiseOceans Marine Educator Jyodee collecting a ‘coral of opportunity’ on the official Facebook page of WiseOceans. I did not even know what that meant but my heart just cheered and I knew I had to be part of the team. In September, I met with Lindsay, Director of Resort Marine Education & Development who told me more about the projects on which they were working in Mauritius. Weeks later, I was joining Jyodee, Bernard and Lois, the Marine Education team based at Four Seasons Resort Mauritius at Anahita! At first, I was a bit tense to start with, but the employees at the resort, WiseOceans and the Boathouse were so kind to me that I instantly felt at home. 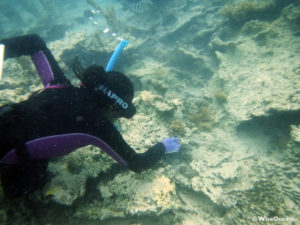 While interning for a period of 8 weeks, Jyodee, Bernard and Lois taught me so much about the marine world, the CoralWatch surveys, the coral nurseries and shadowing Jyodee for the Reef Discovery Snorkeling was such an amazing experience! I was wonderstruck at the sight of Eau Bleue. It is so wild and colourful! In October, I met with Georgina, Funding and Project Manager, who came to Mauritius for the official opening of the Coral Cabana. It was such a delightful event, and I even had the opportunity of making a Promise to the Reefs – I chose to ‘invest in alternatives’! Jyodee and Bernard explained to me how to take care of the coral nursery and here I was, completing my first coral transplants. Meanwhile, Lois introduced me the CoralWatch surveys and the frequency at which it should be done and we also worked on WiseFact, which is an important communication tool to include the staff at the resort in the marine education journey. 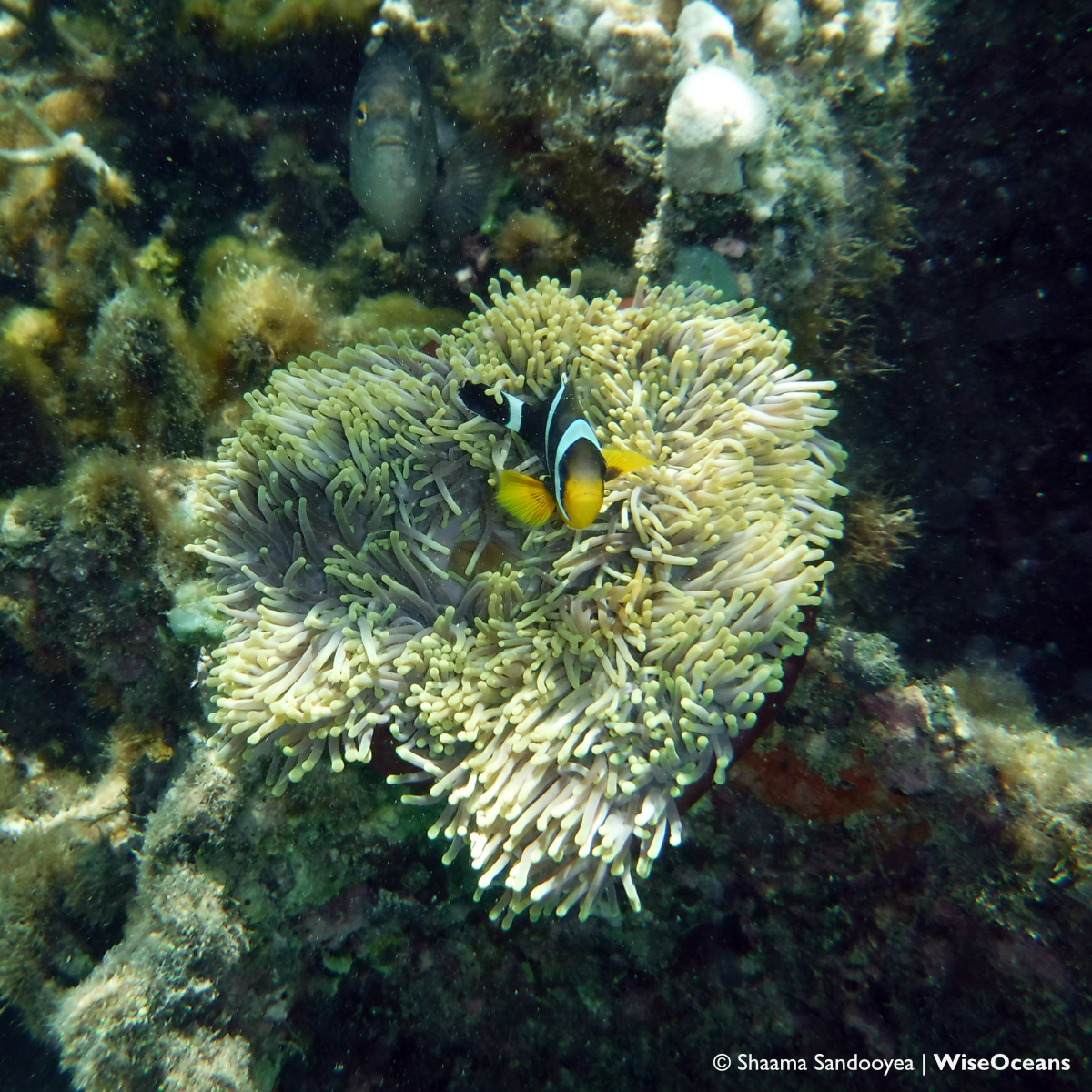 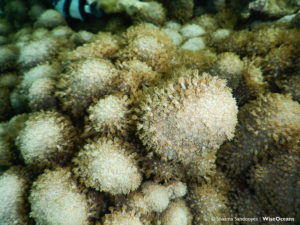 I joined the team on a full-time basis in December and it was a bit busier because of the peak season but I enjoyed every minute thanks to Marine Educators Rick, Bernard and Lois. At the end of the day, it is an indescribable feeling of satisfaction, knowing that we are spreading marine education as much as we can. The scenery – the turquoise lagoon, the sun, the bright sand and vivid green mangroves, is probably what makes it the best office ever! Every time I go to the coral nursery or CoralWatch with Bernard or shadowing Rick in the Reef Discovery Snorkeling, I feel this need of doing whatever I can to protect the marine life. I wish to thank Jyodee, Lois, Bernard, Roshni, Rick and the WiseOceans team for sharing their knowledge with me and teaching me more than books can, the guys from the Boathouse and every staff member at the resort and the guests for their kindheartedness and their genuine smiles. 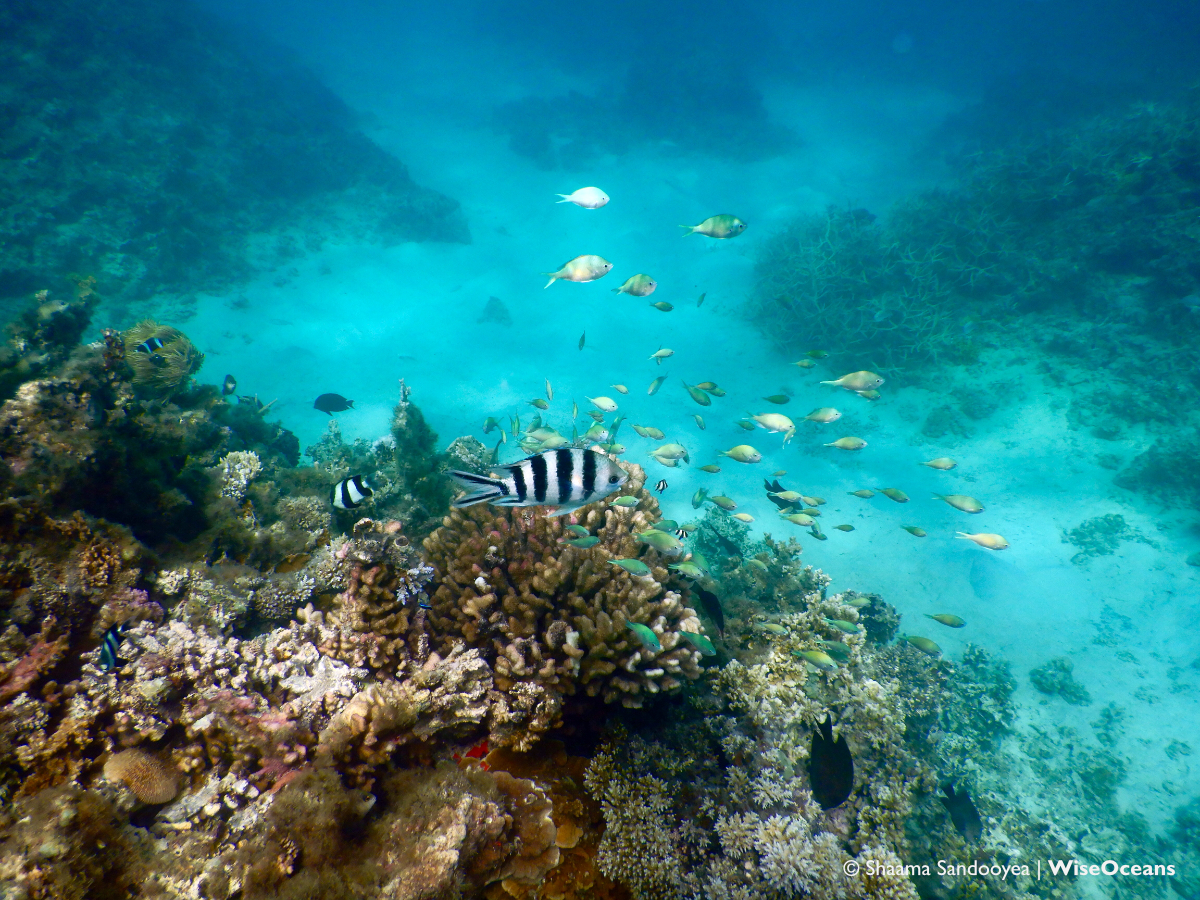