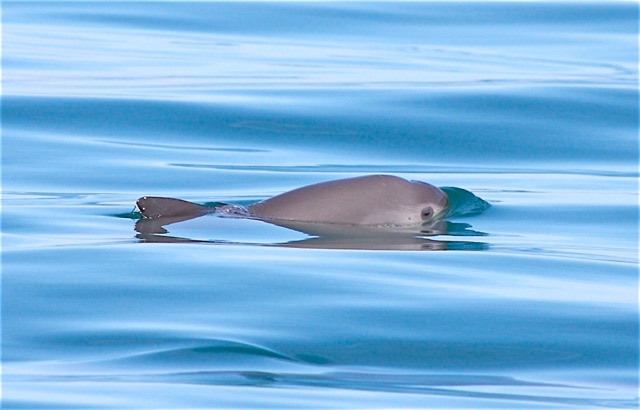 Souls of the Vermillion Sea: Saving the Vaquita Porpoise

There are fewer than 100 vaquita porpoises remaining on the planet and researchers have predicted that the species will be extinct within three years unless dramatic action is taken to protect them.  Non-profit conservation documentary organization, Wild Lens, tells the story of this unique marine mammal while helping spread the word about the impact that gill net fishing is having on this critically endangered animal.

The vaquita is the smallest species of cetacean – the group that includes all whales, dolphins and porpoises. They hunt for their food using echolocation, and their range is restricted to the Northern Gulf of California (which was first named the Vermilion Sea by Spanish explorers in the 1500s). The vaquita however, was not known to science until 1958, and it is believed to have been in decline ever since.

This region is home to a highly productive shrimp fishery, and for generations Mexican fisherman have been catching these shrimp using gill nets. Unfortunately the vaquita porpoise is prone to becoming entangled in these gill nets, which prevents them from surfacing for air and leads to asphyxiation and death. The use of gill nets in this region has likely been the driving force behind the vaquita’s decline for many decades. 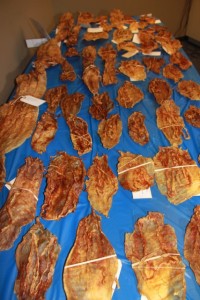 Just within the past several years however, the demand for another seafood product, the swim bladder of an endangered fish called the totoaba, has exploded in the Chinese market. These swim bladders will sell for upwards of $10,000, and this spike in demand has directly led to a dramatic increase in the fishing effort in the Northern Gulf of California, which is also home to the totoaba. Since the emergence of this market for totoaba swim bladders, the vaquita population has crashed, dropping down to below 100 individuals.

With the prediction that this species could be extinct within three years, the Mexican government has taken emergency action and implemented a two-year ban on all gill net fishing within the range of the vaquita. Will this effort be enough to bring this species back from the brink of extinction? The Wild Lens crew will be working to document vaquita recovery efforts over the course of the next three years, providing a truly unique look at a species in extreme crisis.

June 1st marked the start of the kickstarter campaign designed to raise the funds needed to complete the first year of production on this important film.  We are currently on track to meet our funding goal of $15,000, but need your help to ensure that we have the funding needed to tell this timely story. 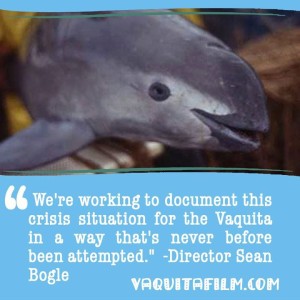 Reward levels found on our kickstarter page include original vaquita-themed artwork by renowned artists, private wildlife photography and filmmaking workshops, and original movie poster prints designed specifically for this campaign. This film will not only tell the story of species on the brink of extinction, but it will tell that story as it plays out over a three-year period, with the end result being anything but certain.

Or the “Souls of the Vermilion Sea” website at:  VaquitaFilm.com