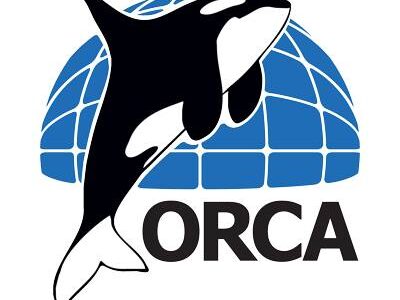 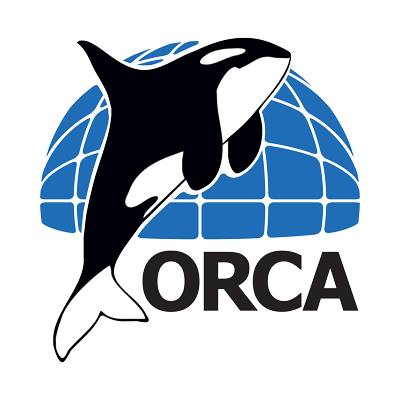 Today, ORCA launches its first ‘The State of European Cetaceans’ report, which is the culmination of 10 years’ worth of sightings and environmental data collected during the 376 ORCA surveys conducted between 2006-2015 using vessels of opportunity (namely ferries and cruise ships).

This report, compiled by ORCA with support from the International Fund for Animal Welfare and Plymouth University, summarises the distribution and range of cetacean populations in and around Europe’s waters and identifies marine areas and species that are of greatest importance. This insight is crucial to make authoritative and informed decisions about the protection required for cetaceans.

The report has shown;

The State of European Cetaceans is ORCA’s report series, documenting the results of its survey findings, and more importantly, drawing conclusions about what the results mean for whales, dolphins and porpoises in the wild. Further reports will highlight particular sets of findings across geographies, species and issues. With significant and emerging threats continuing to adversely impact these animals and their habitats, ORCA’s findings are crucial in providing evidence to conserve these animals in the future.

The full report can be read here www.orcaweb.org.uk/our-work/the-state-of-european-cetaceans-report

This is the report infographic: 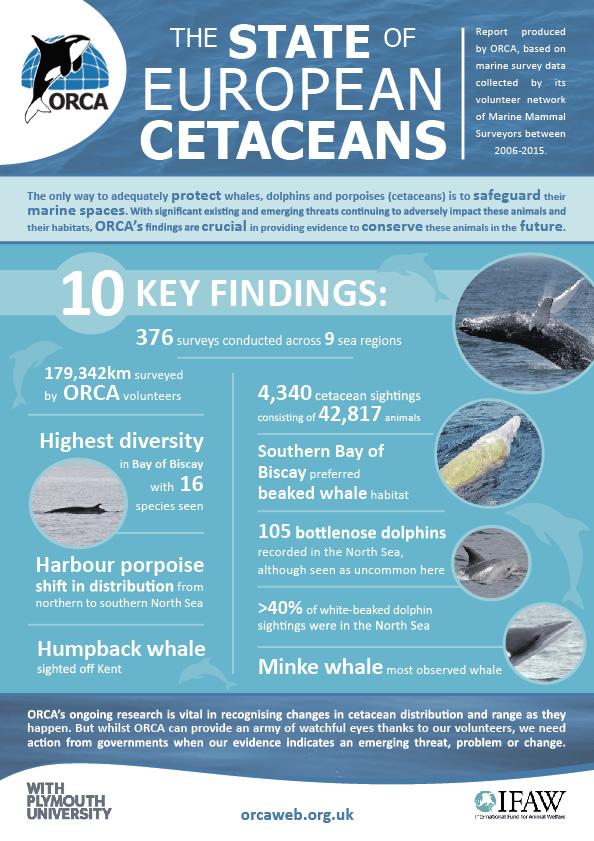