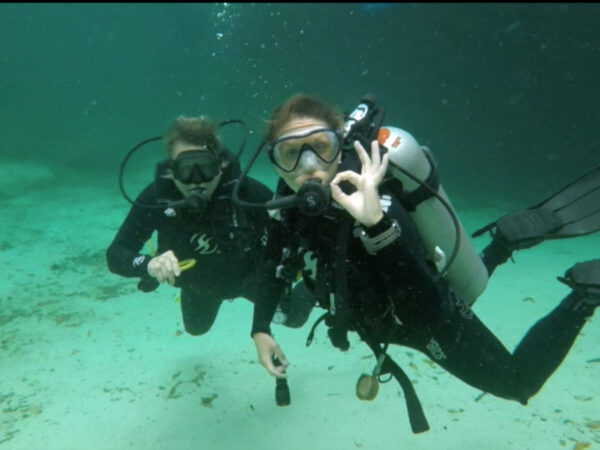 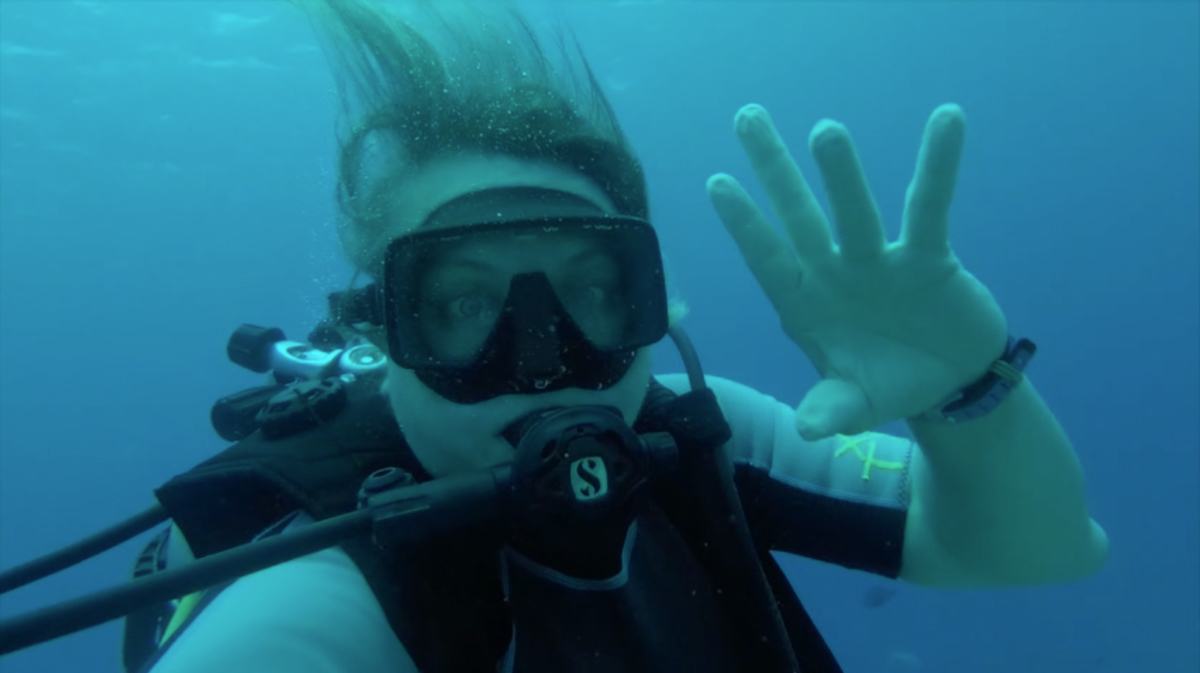 I had a plan for this year and so far, it’s working out brilliantly! It’s a ‘significant’ birthday year for me and I wanted to be underwater on the day itself plus tick off a few marine-based bucket list items. My role in WiseOceans no longer requires me to be in the water on a day-to-day basis so my vacations have to make up for this. A trip to Mexico seemed to be a good way to start, especially as I’d be going with my former WiseOceans colleague Jo Eames.

Whale sharks were the big draw for going to Mexico in July – Isla Mujeres is one of the few places in the world where you can virtually guarantee to see them then. The day was made even better by being accompanied by the wonderful Karen Fuentes, Founder of Mexican Caribbean Manta Project and Project Leader for Manta Trust (on her birthday too!). Karen had previously worked as a whale shark tour guide so we were very lucky to have such an expert with us. Did we see whale sharks? Of course we did! They were everywhere! What an incredible experience. 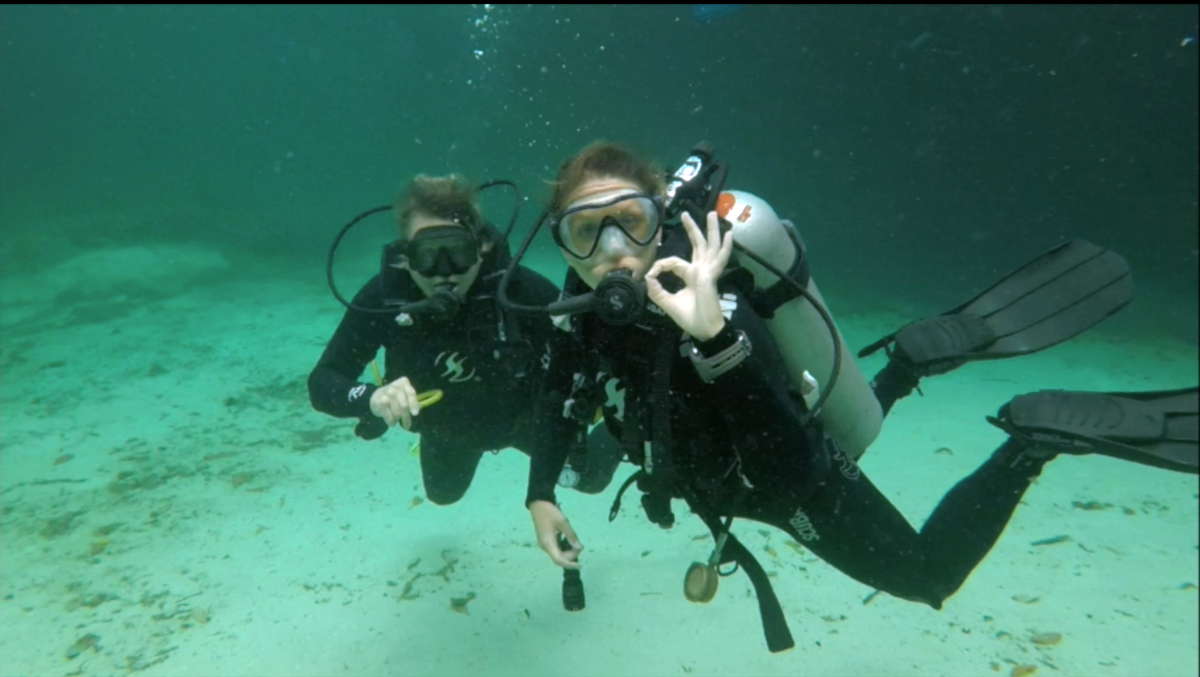 We were based in Tulum on the Yucatán Peninsula and of course, that means cenotes – sinkholes formed from collapsed limestone bedrock, which then fill with groundwater. The peninsula is peppered with cenotes, many of which can be explored by SCUBA diving and snorkelling. We tried both and it was an incredible experience. Diving right underneath the roots of mangrove trees was certainly a new thing – plus exploring dark caverns by torchlight and experiencing haloclines (the interface between fresh and salt water where it can look as if there’s a surface right above you – even though you are 14m deep). 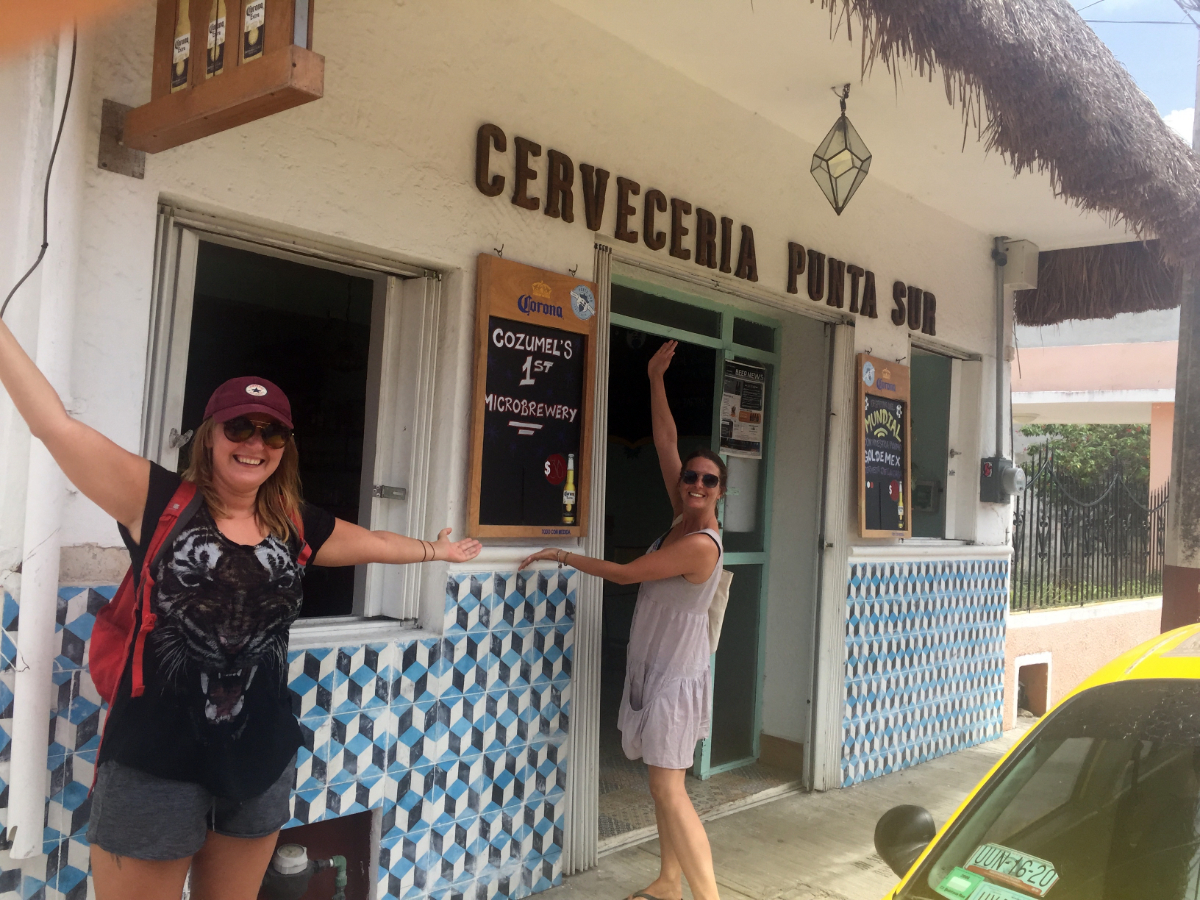 Incredible as cenotes are, the pull of a reef dive is strong when you are a Marine Educator so on my actual birthday we headed over to Cozumel. Karen helped organise a dive through her friend Ernesto and we ultimately had a super day’s diving with Dive Master Adrienne. After seeing so much bleached and dead coral on my last dive in Seychelles following the global bleaching event in 2016, it was lovely to see a relatively healthy reef. SO MANY new corals to wonder at plus a glimpse of the splendid toadfish – endemic to the island of Cozumel. Sadly, I didn’t get a usable photo of it! The fun continued after the dive when we went back to Adrienne’s microbrewery/restaurant – a really lovely chilled place to relax post-dive with delicious ales (brewed on the premises) and wood-fired pizzas. We had lionfish pizza – lionfish are an invasive species in the Caribbean and are removed from the reef wherever possible and often used for ceviche or in this case, pizza. 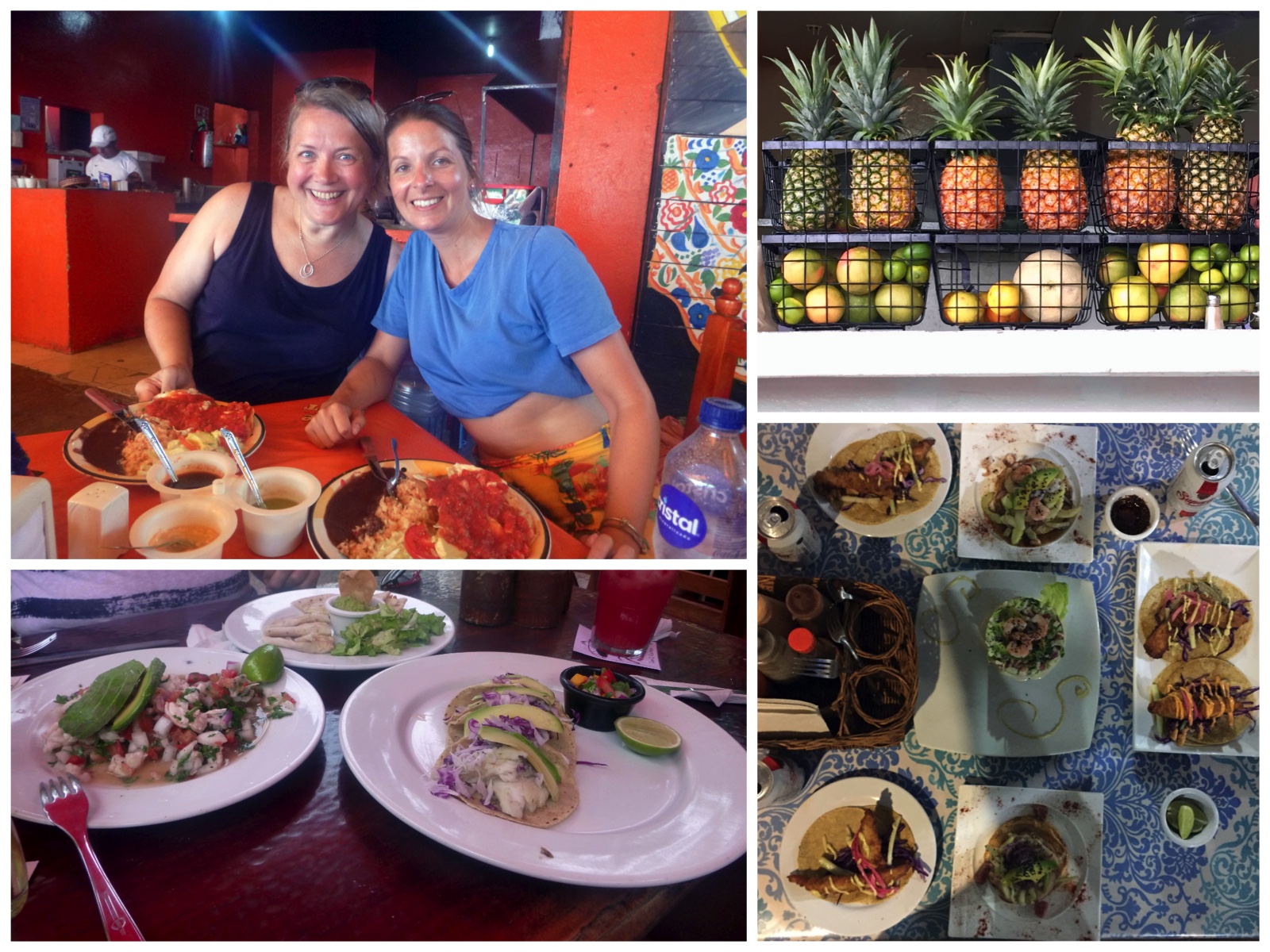 These diving and snorkelling trips really made the holiday – especially as many of the beaches were thick with seaweed (an issue for this area in the last few years), which meant that hanging out in the surf or snorkelling offshore was not very pleasant. Otherwise – the other highlight was FOOD! We did our best to try as much delicious food as possible – it would be rude not to right?

So, Mexico and whale sharks are done. Next stop….Scotland and basking sharks!