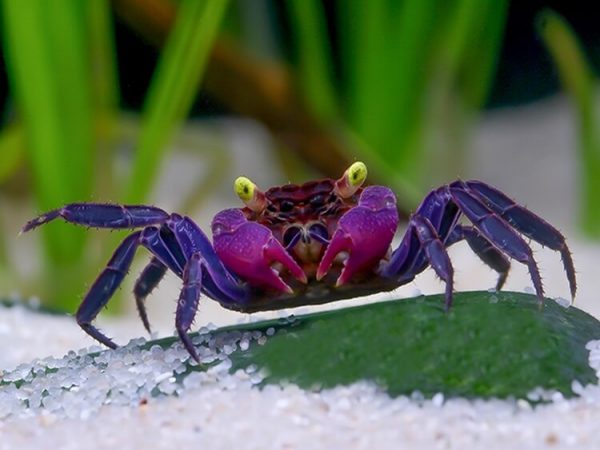 This week’s featured creature is Geosesarma dennerle. All 56 species of Geosesarma crabs are often called “vampire crabs” in the aquarium trade.This species of crab is a small, colourful, semi-terrestrial species known from rainforest valleys on the Indonesian island of Java. They are referred to as the vampire crab due to their glowing eyes and their crepuscular feeding habits (they eat during the twilight hours, after sunset and before sunrise). 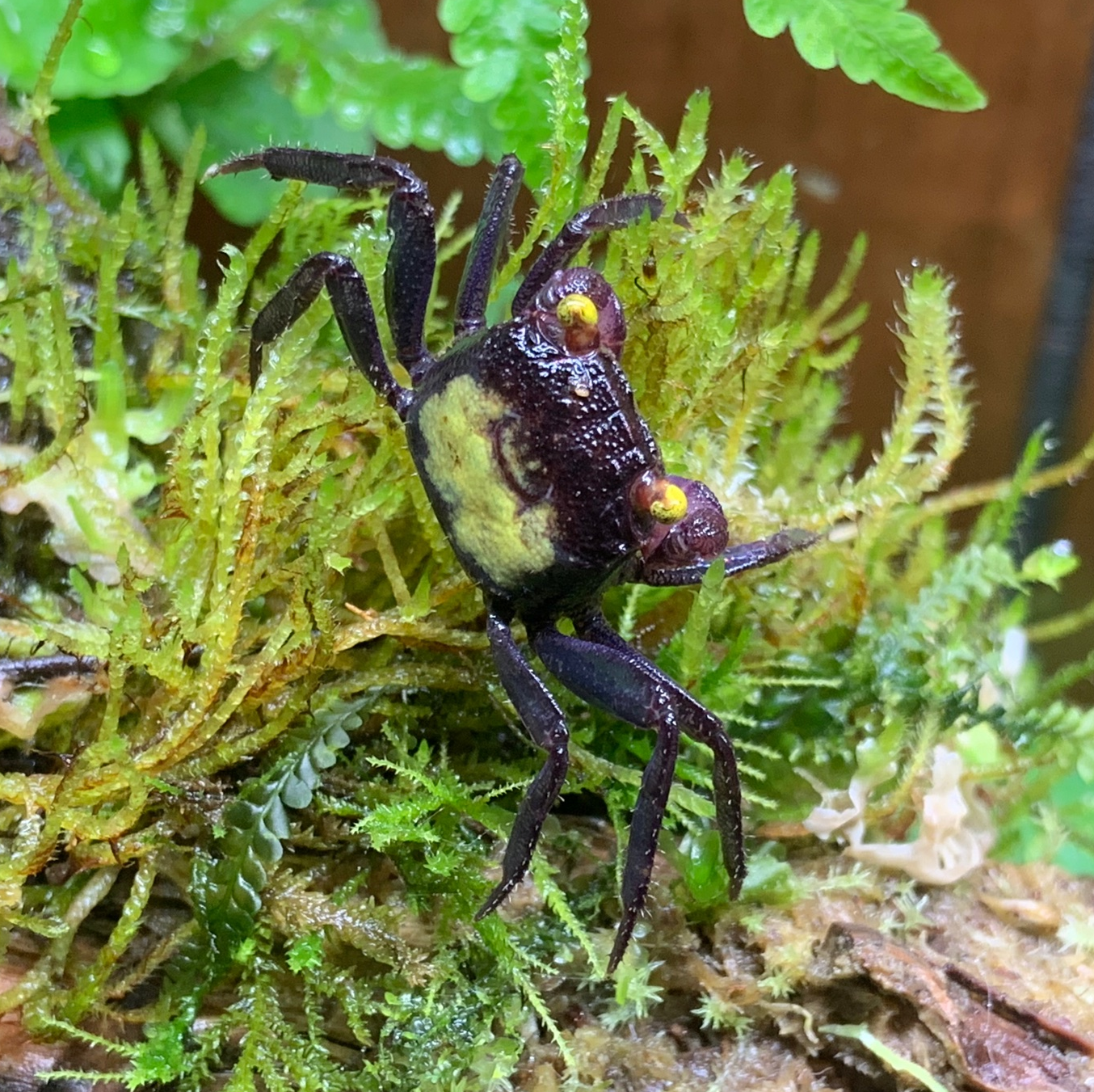 Size: Individuals can grow up to 3cm long

Distribution: This species can be found on several small islands in the Indian Ocean, including Java, Sulawesi, Riau, and Krakatau. However, they’ve also been distributed throughout Asia and the Western Pacific

Diet: A terrestrial species, there diet is comprised mostly of insects and plant matter

Behaviour: This species prefers a habitat that consists of rocky caves and small burrows excavated in the soil of the valley slopes, near to the edge of the freshwater stream that flows through the area. Sexual reproduction of the vampire crab is similar to that of the majority of other species of crabs

IUCN Status: Not Evaluated. Popular in the aquarium industry due to their bright coloration, the primary threat to this species is believed to be illegal overcollection for the aquarium trade