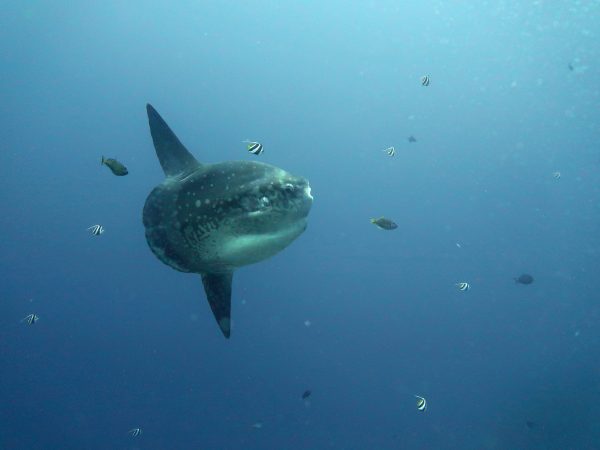 The giant ocean sunfishes, family Molidae, are some of Earth’s most fascinating yet mysterious creatures. The Ocean Sunfish, or common mola mola, are gigantic bony fish, the heaviest species of all bony fish in fact, that inhabit temperate and tropical oceans worldwide. The family comprises four other species, however the common mola mola is the most abundant and widespread. Sunfish develop their shape because the back fin which they are born with simply never grows. Instead, it folds into itself as they mature, creating a rounded rudder called a clavus. Like other marine species, they cope with parasites by inviting other species to clean them. In the sunfish’s case, it is seabirds they rely on. 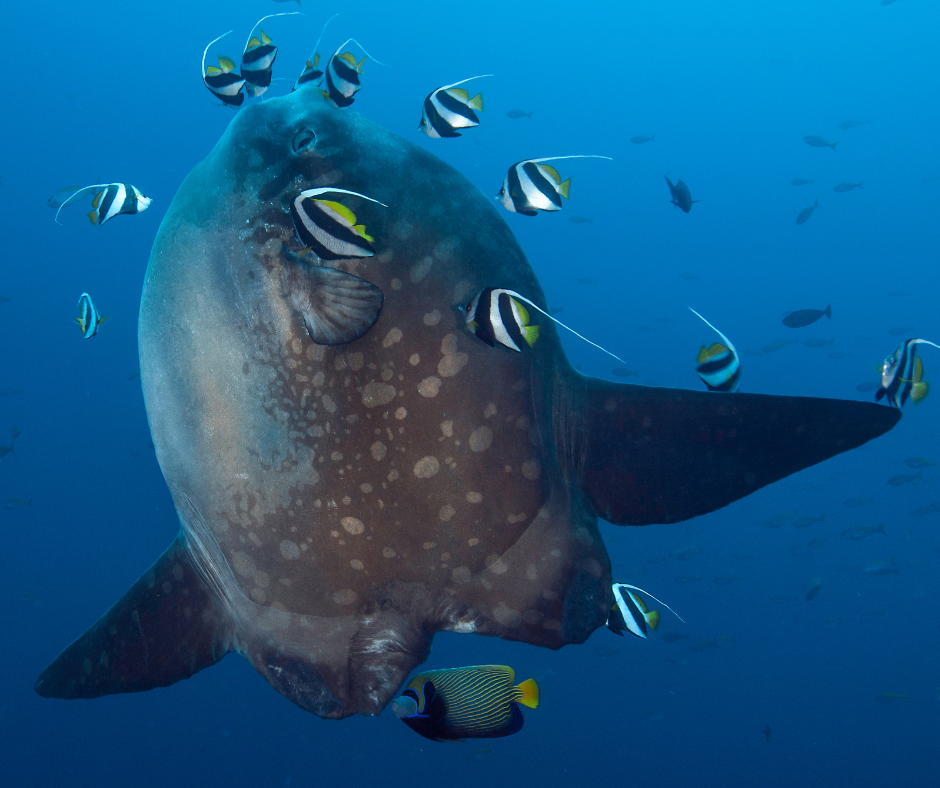 Size: They can grow up to a huge 3.4m (11ft) in length. They are the heaviest bony fish in the world and weigh up to 2.5 tonnes

Distribution: Individuals can are found worldwide, in temperate and tropical oceans

Behaviour: Sunfish are usually found alone, but occasionally in pairs

IUCN Status: Vulnerable. Decreasing populations are thought to primarily caused by being caught in drift gill nets. For example, 70-90% of the catch in the Mediterranean swordfish industry is thought to be comprised of mola mola. In addition, they can suffocate on sea trash, like plastic bags, which resemble jellyfish