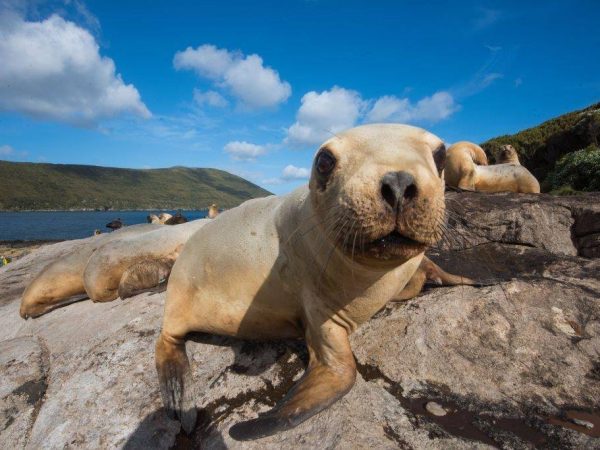 This week’s featured creature is the New Zealand Sea Lion, which is also known as the whakahao / rāpoka or Hooker’s sea lion. Found only in New Zealand, this is the rarest species of sea lion in the world! Like all eared seals they have marked sexual dimorphism. However, unlike other species, in the breeding season, female sea lions move inland with their pups to protect them from harassment by males, wind, storms, and potential parasitic infections. They can move up to 2km inland, from the sandy beaches to tall grasses and into forests. New Zealand Sea Lions are the only pinniped species to disperse this far inland, and have a preference for forests. 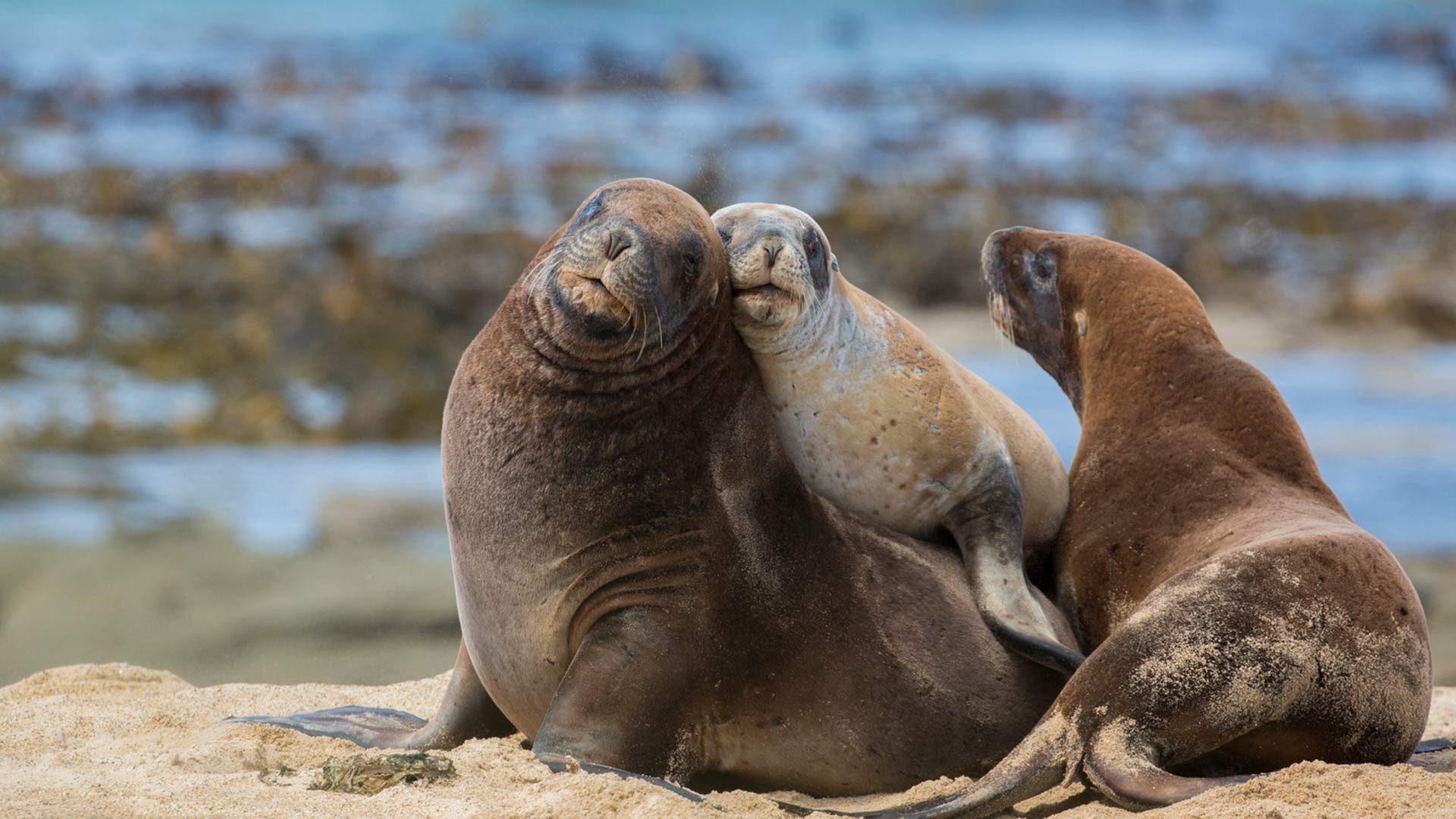 Distribution: The main breeding populations are at the Auckland and Campbell Islands in the New Zealand sub Antarctic, where approximately 99% of the species’ annual pup production occurs

Diet: This species has a wide diet, consisting of fish e.g. Patagonian toothfish, cephalopods, crustaceans, seabirds and other marine mammals

Behaviour: Like other pinniped species, females form into harems and are attended by a single dominant bull. Other males remain around the periphery and occasionally challenge the dominant bull. These challenges result in aggressive displays and fighting as the dominant bull defends his harem. The only known predator of New Zealand sea lions is the great white shark.