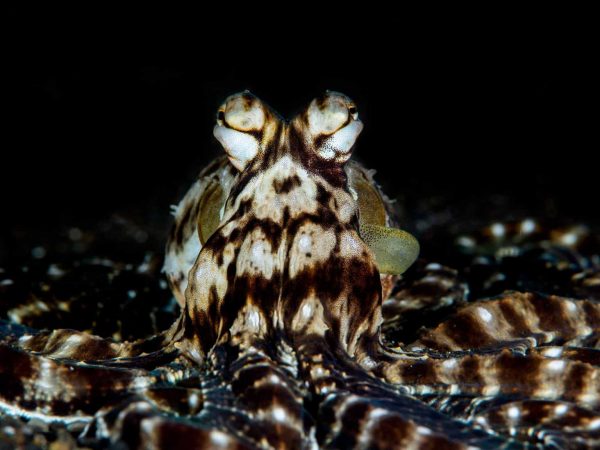 This week’s featured creature is the Mimic Octopus.

This new-to-science cephalopod, found in shallow waters of the Indo-Pacific, is a master impersonator, taking on the appearance and behaviour of venomous or bad-tasting creatures to foil would-be predators. 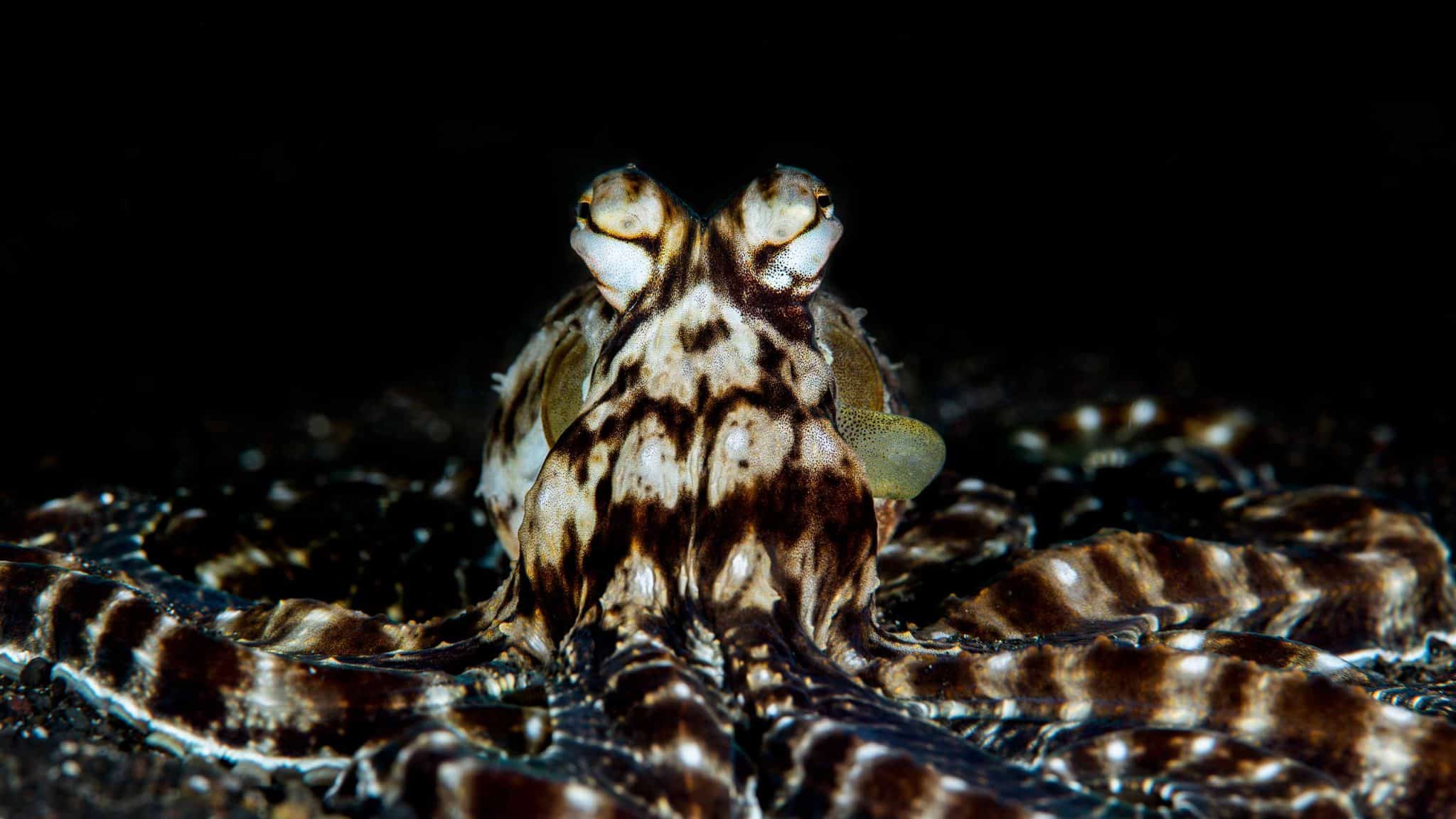 Size: A smaller octopus, individuals can grow to a total length of around 60cm

Distribution: This species inhabit the Indo-Pacific region. Most documented records are from Indonesia

Diet: A carnivore, the mimic octopus often finds their food through foraging, using its slender tentacles to reach into crevices in coral, as well as holes in the sand before using its suction cups to grab small crustaceans and eat them. However, they have also been observed hunting – stalking small fish and catching them. Because the mimic octopus prefers to live in shallow, murky waters, it’s diet is thought to be almost exclusively comprised of small fish and crustaceans

Behaviour: Unlike other species of animals that use mimicry, this octopus species can impersonate not just one animal, but several! In addition to using colour changes to disguise itself, it can also contort its body to take on the appearance and behaviour of several animals, including the lionfish, jellyfish, sea snake, a shrimp, a crab, and others

IUCN Status: Least Concern. Top threats include pollution and being harvested for use and trade e.g., aquarium