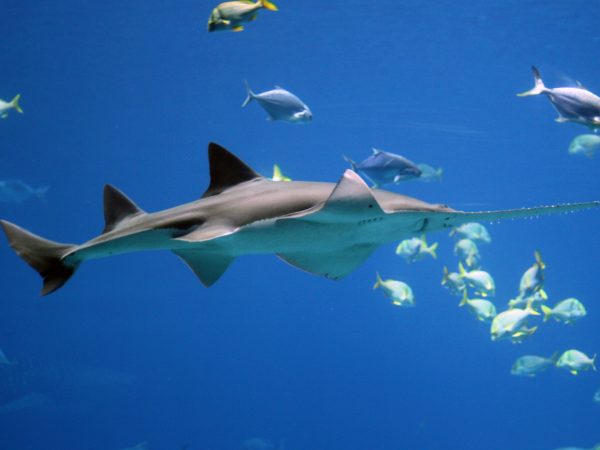 Today we take a detailed look at the largetooth sawfish.

Sawfish are easily distinguished by their long, saw-like rostra. While they are often mistaken for sharks they are actually rays. Sawfishes are arguably the most threatened family of marine fishes in the world. The global populations of all five species have experienced historic declines greater than 90%, with the largetooth sawfish not only number 1 on the EDGE Shark list, but also has the highest-ranking score of any EDGE species! 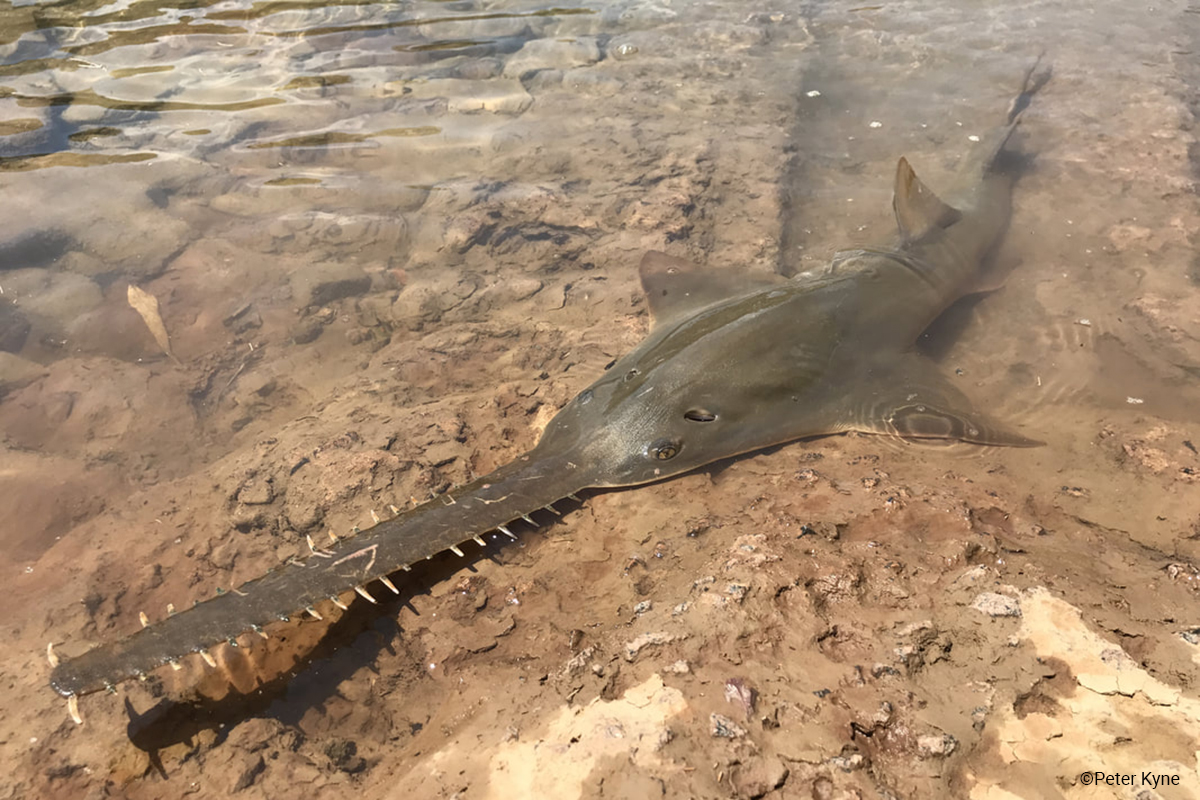 Size: Individuals can possibly reach up to 7.5m in length, however the largest confirmed was an individual 7m long. Today, most individuals are more likely to measure up to 2.5m long. With regards to weight, individuals weigh around 500 – 600 kg

Distribution: Largetooth sawfish are globally distributed across the tropics and occur in four subpopulations: The Eastern Atlantic: from Portugal to Angola, including the western Mediterranean Sea; the Western Atlantic: from Florida and the Gulf of Mexico to Brazil, including the Amazon river up to 7,500 km inshore; the Eastern Pacific from the Gulf of California to Peru; and the Indo-West Pacific: from India and Southeast Asia to Northern Australia

Diet: A predator, sawfish feed primarily on fish, molluscs and crustaceans. The “saw” can be used both to stir up the bottom to find prey and to slash at groups of fish

Behaviour: This species is known to live for up to 30 years, being able to reproduce between the age of 8 and 10 years. Litter size varies between 1 and 13 pups

IUCN Status: Critically Endangered. The main threat to populations is overfishing, but they also suffers from habitat loss. Both their fins (used in shark fin soup) and “saw” (as novelty items) are highly valuable, and the meat is used as food