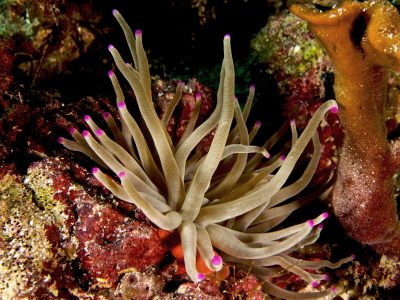 The giant Caribbean sea anemone is a large anemone that lives on coral reefs throughout the Caribbean Sea. It is a predatory species and has the ability to move (by crawling very slowly), in order to reduce competition with nearby individuals and to increase the likelihood of successful reproduction. 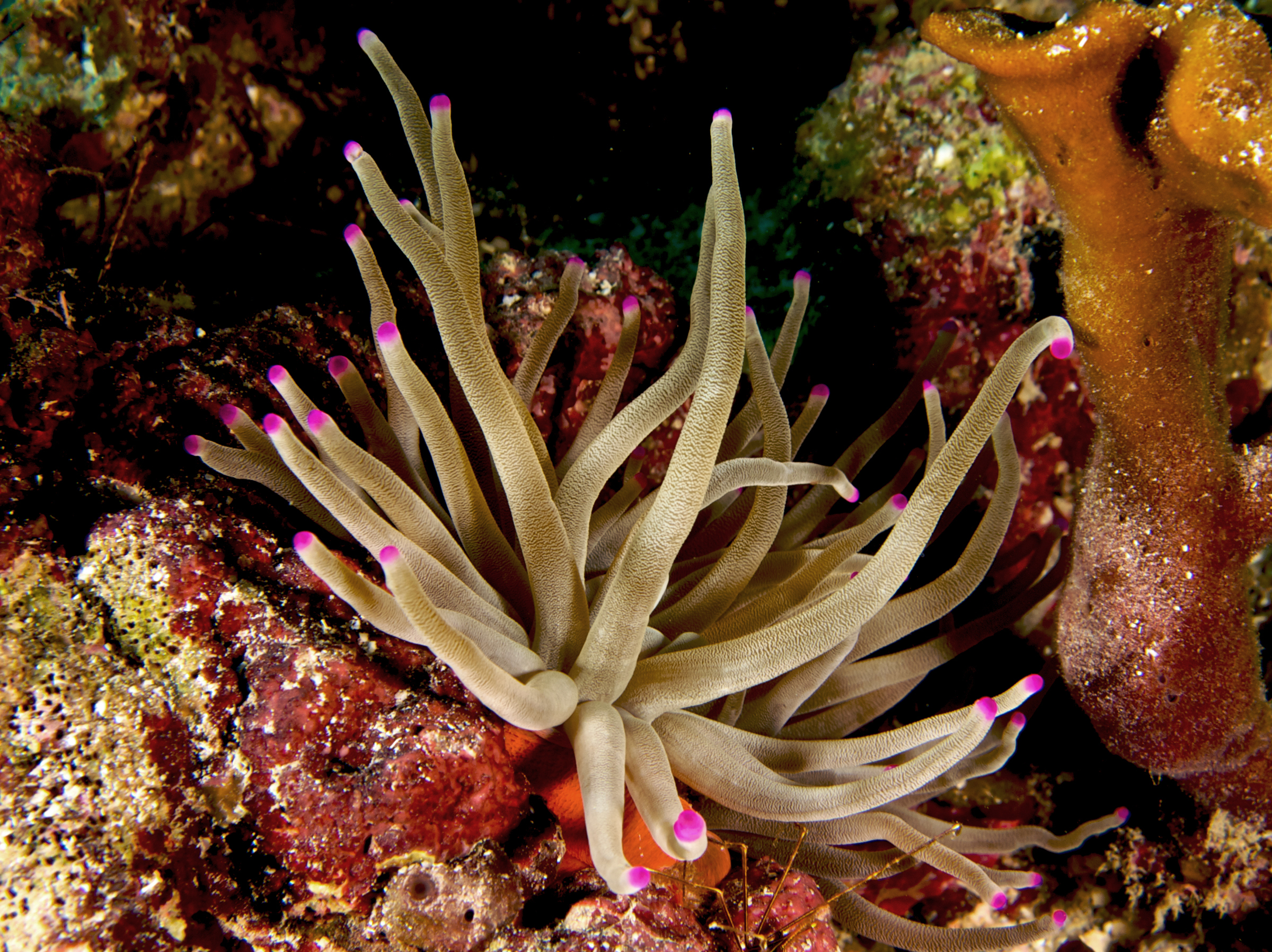 Distribution: This species lives on coral reefs throughout the Caribbean Sea

Diet: The tentacles are covered with stinging cells that paralyze their prey. This anemone is predatory and feeds on fishes, crustaceans, or other invertebrates that stray too close to its tentacles

Behaviour: This sea anemone species is described as being completely solitary. Unlike corals and most other anemones, adult giant Caribbean sea anemones can move short distances if needed. When threatened, giant Caribbean sea anemones pull their tentacles into their mouths and close their bodies into a tight ball, making it difficult for potential predators to prey on them. Individual anemones can either be hermaphroditic (having the ability to produce both eggs and sperm) or they can be only one of the two sexes

IUCN Status: Not Evaluated. However, they almost certainly face the same threats as any coral reef organism. Destructive fishing practices, pollution, disease, and climate change threaten these valuable ecosystems and the species that live on them