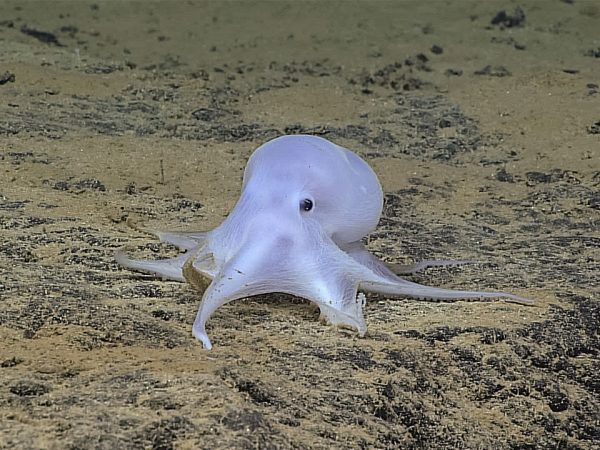 A newly discovered (2016) species, little is known about the ghost octopus! No specimens have been collected yet, so the only data available to scientists comes from the live footage recorded by a submarine probe and some observations from other sightings. Though they do not have their full scientific classification, they belong to the group of incirrate octopuses, and are the deepest member of this group to have been discovered.

The species is called ‘ghost’ because of their pale appearance. This is due to the fact that it lacks any pigment. 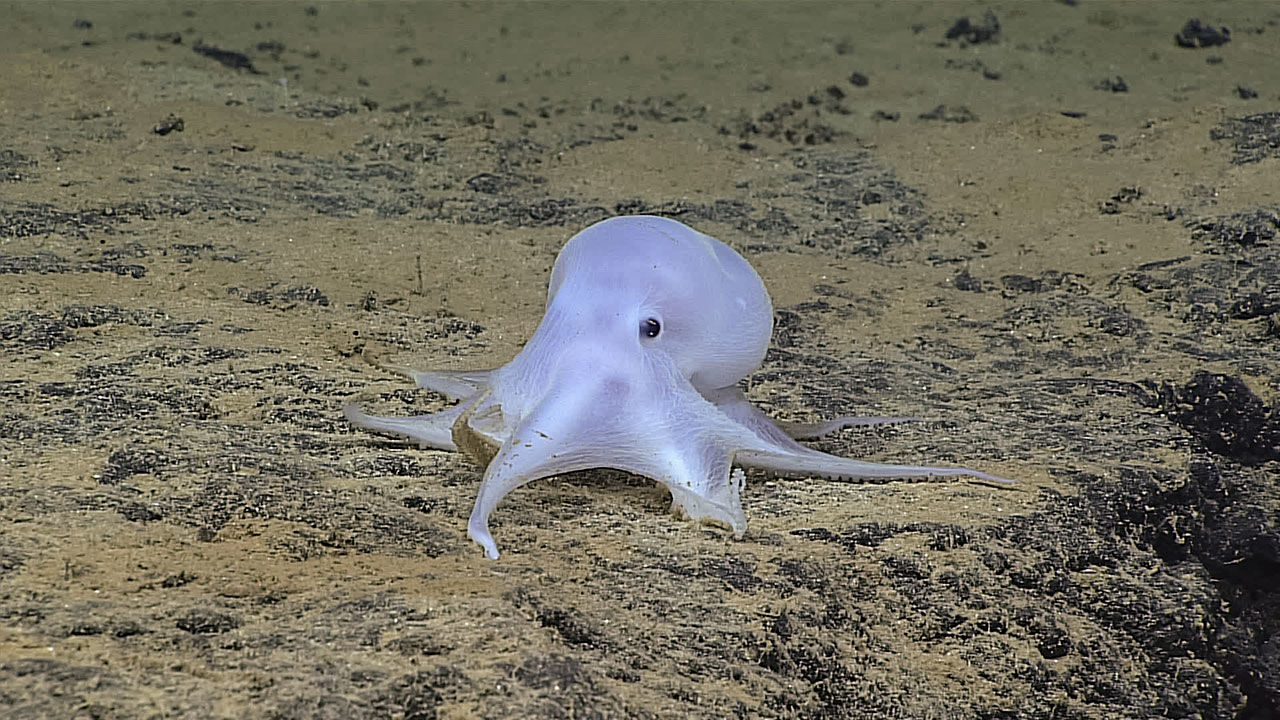 Scientific Name: Not Named Yet

Size: Individuals are thought to grow up to 12cm in length

Distribution: This species was discovered near the Hawaiian archipelago, at a depth of 2.6 km

Diet: Little is known about the species, but it is likely they feed on crustaceans, worms, bivalves, and copepods

Behaviour: To reproduce, it will attach a clutch of about 30 quarter-sized eggs to the stalk of a dead sponge. It will then wrap it’s whole body around it, staying in this position for several years. During this period it will not feed, wasting away until the eggs hatch and the, subsequently the individual dies

IUCN Status: Not Classified. Though this species lays its eggs on dead sponges that grow on the seabed and unfortunately these areas are very slow growing and a potential target for deep-sea mining