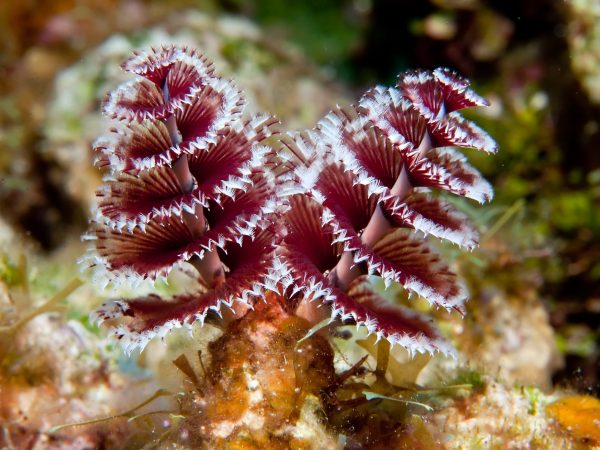 This week’s featured creature is the Christmas Tree Worm.

Named for their spindly, fir tree like appearance, the ‘Christmas Tree Worm’ is the common name for a marine worm that lives on tropical coral reefs around the world. 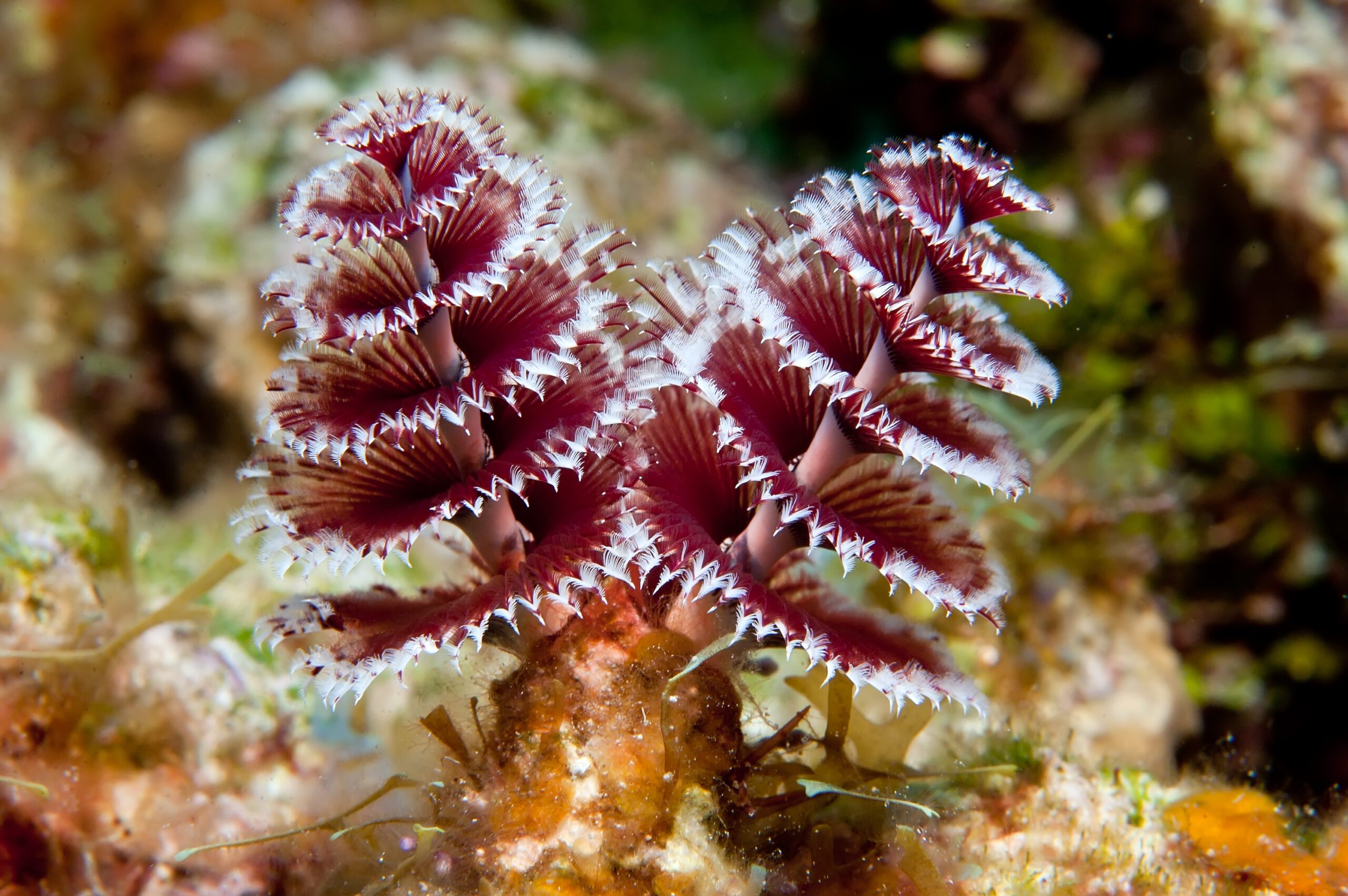 Distribution: Christmas tree worms are widely distributed throughout the world’s tropical oceans. They have been known to occur from the Caribbean to the Indo-Pacific

Diet: As sedentary inhabitants of coral reefs, Christmas tree worms feed primarily by filter feeding. They use their brightly coloured radioles (a feather-like tentacle) to filter microorganisms from the water, which are then deposited straight into the worm’s digestive tract

Behaviour: These worms are sedentary, meaning that once they find a place they like, they don’t move much. In fact, while the colourful crowns of these worms are visible, most of their bodies are anchored in burrows that they bore into live coral. When startled, Christmas tree worms rapidly retract into their burrows, hiding from would-be predators

IUCN Status: Not Yet Evaluated. As the species is widespread and relatively common, no conservation efforts focus on this species. However, the conservation status of the host species which it inhabits varies