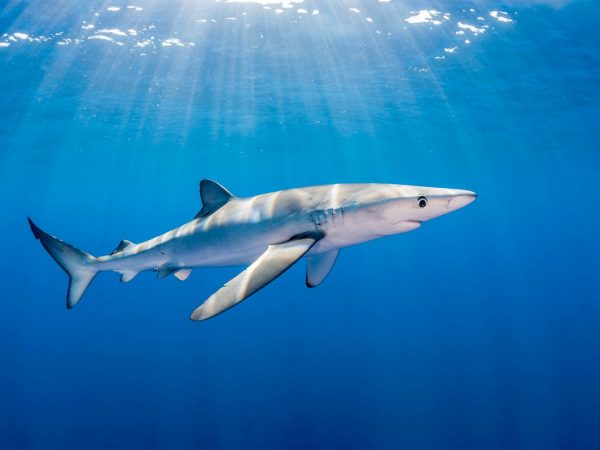 This week’s featured creature is the blue shark. It’s not hard to see where this species got their name from! These elegant sharks have a beautiful metallic blue colouring, which provides camouflage out in the open ocean.

Blue sharks are curious, open-ocean predators that live throughout our planet’s oceans, from the tropics to cold temperature waters. Spending most of their lives far from the coast, they are truly a pelagic (open-ocean) species. 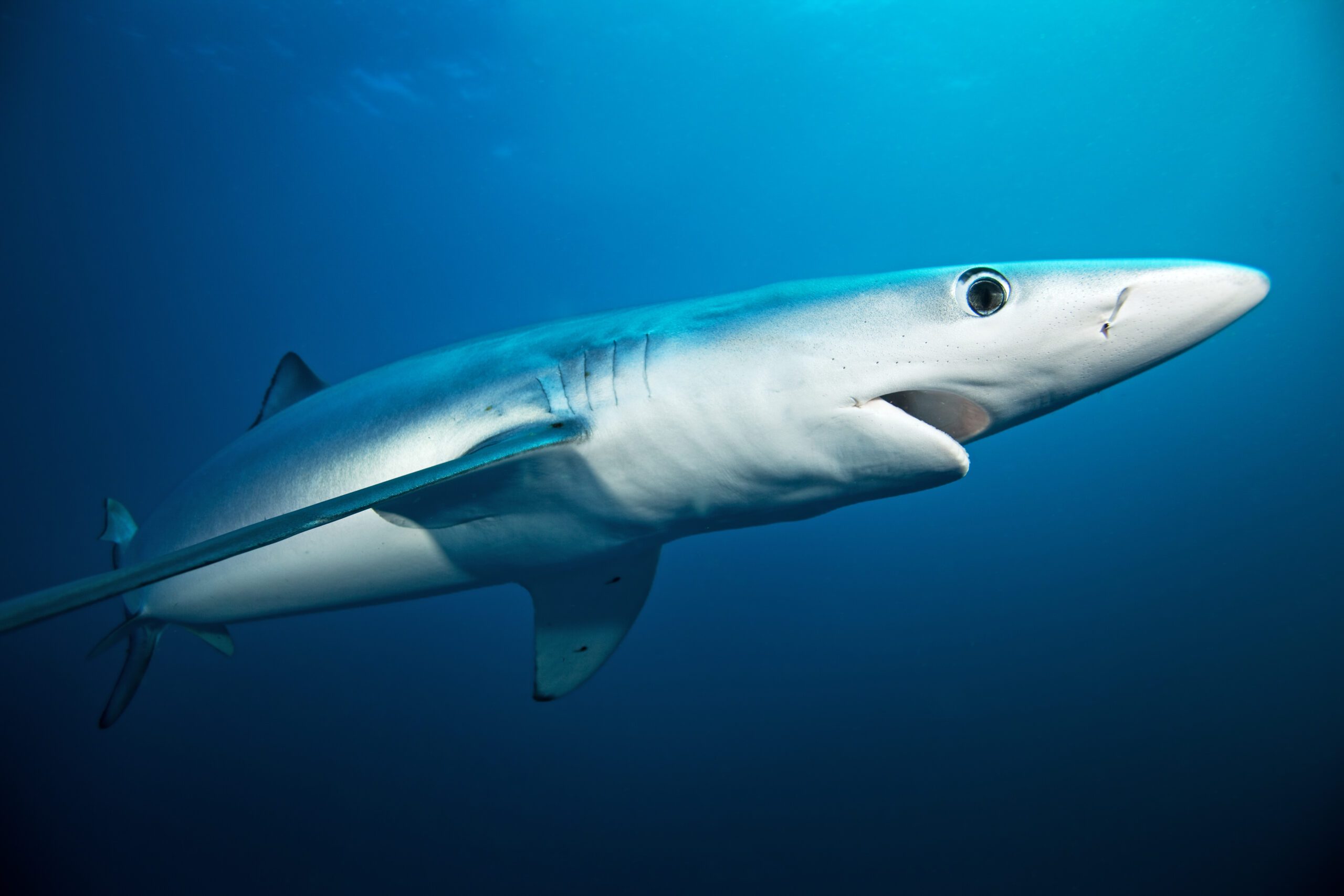 Size: Individuals can grow up to 4m long and weigh up to 200kg

Distribution: The blue shark is an open-ocean (or pelagic) species, found worldwide in tropical to cold temperate latitudes

Diet: Their diet primarily consists of fish e.g. hake and anchovies, squid and crustaceans. However they have also been observed preying on seabirds and scavenging the carcasses of dead whales

Behaviour: Individuals go on long migrations to reach areas of dense food resources and to find potential mates as males and females of this species live in different places. Females give birth to live young

IUCN Status: Near Threatened. Since the 1970s, blue shark populations have declined in the Atlantic and Indian oceans, and they have increased only slightly in the Pacific Ocean. Their main threats include being caught as bycatch by commercial fishing fleets, which often go on to harvest the sharks’ meat and fins and sportfishing