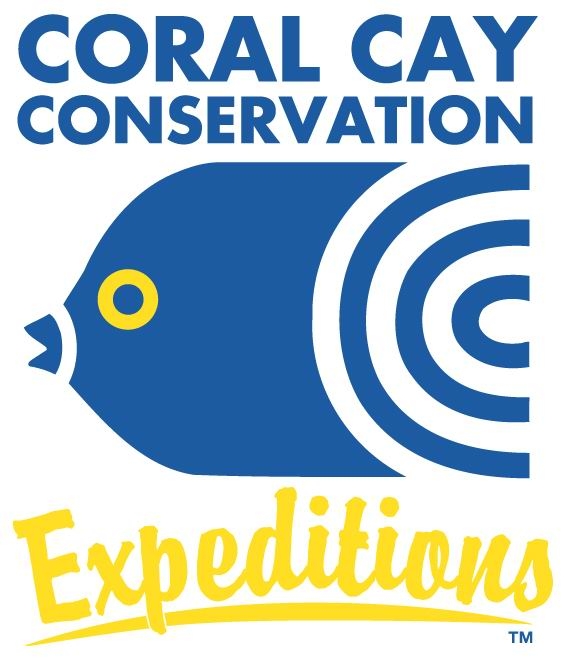 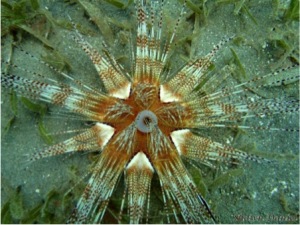 Coral Cay Conservation (CCC) has been operating a ridge to reef conservation project on the Caribbean Island of Montserrat since May 2013. The work that has been done has been focussed on the north of the island as the south has been designated an exclusion zone since the Soufrière Hills volcanic eruptions in 1995.

On the 30th October CCC’s first team of divers ventured down to explore the exclusion zone after receiving special permission to explore the reefs from the Montserrat Volcano Observatory and Royal Montserrat Police Force. This was an incredible opportunity to get the first glimpses of a reef that hasn’t been dived for nearly two decades. The teams headed southeast of Bransby Point and conducted 4 separate dives.

Numerous fish spread over 22 families were recorded with sightings of commercially important Groupers and Barracuda as well as Garden Eels, Moray’s and Stingrays. There were also two large and very curious Almaco Jacks (Seriola rivoliana) spotted by our divers and a Hawksbill Turtle (Eretmochelys imbricata)to round it off.

In addition to the fish there were a range of colourful sponges and numerous colonies of hard coral seen on the reefs, with several boulders of vulnerable Elliptical Star Coral (Dichocoenia stokesii) and various other star corals (Montastraea spp.) being recorded, too. Encouragingly, no rubbish or coral damage was seen on the reef but there were several colonies of hard coral which had undergone bleaching. 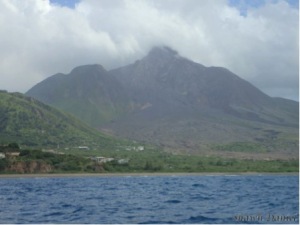 View of Plymouth from the sea

Both of the dive teams who were deployed further away from the water off shore from the remnants of the pyroclastic flows in Plymouth encountered reef, while those deployed further southeast saw mostly seagrass and sand on the seabed.

This was an exciting day’s diving which was very rewarding for everyone involved. With a few more exploratory dives planned, CCC should hopefully soon be able to conduct surveys around this side of the island to complement the ongoing surveys on Montserrat.

To find out how you could get involved in the project please go to www.coralcay.org. 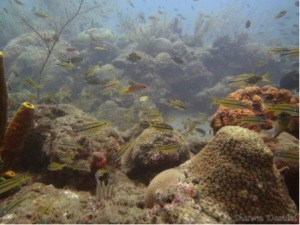 Lots of Grunts and Star Coral paint a pretty picture 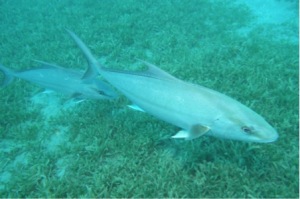 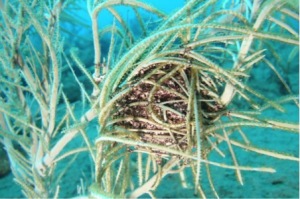 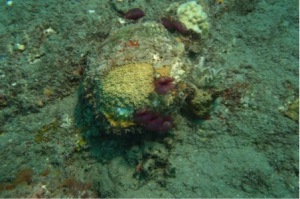 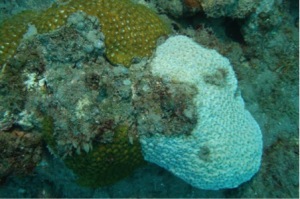