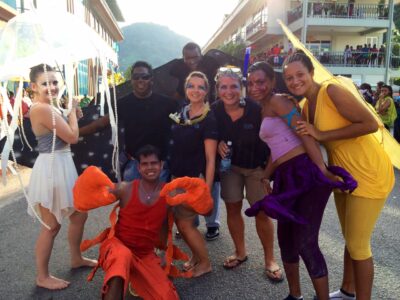 Ask a Seychellois about major events in Seychelles and it’s the ‘Seychelles Carnaval International de Victoria’ that springs to mind! For one weekend thousands flock to the streets of Victoria, the country’s tiny capital, for the carnival in which many of the local companies participate alongside renowned international carnival troupes, with floats and entertainment for the onlookers. The crowds include tourists, locals, friends and families, not to mention the President and numerous media journalists.

For this year’s carnival, WiseOceans teamed up with Four Seasons Resort Seychelles to bring visions of tropical marine life onto dry land (we won’t mention the continuous rain all morning!). A collection of willing staff, suitably dressed in costumes with faces painted, danced behind the float which had been transformed into a coral reef, complete with plastic sea creatures. We had snorkellers, eagle rays, a lobster, an octopus, a jellyfish as well as multiple turtles and reef fishes. Many hours, days and evenings were spent preparing the float, costumes and practicing the dance, and it was all worth it. The underwater design included plenty of paper mache, brightly coloured paints and glitter, and it all came together in the end for one incredibly enjoyable day! 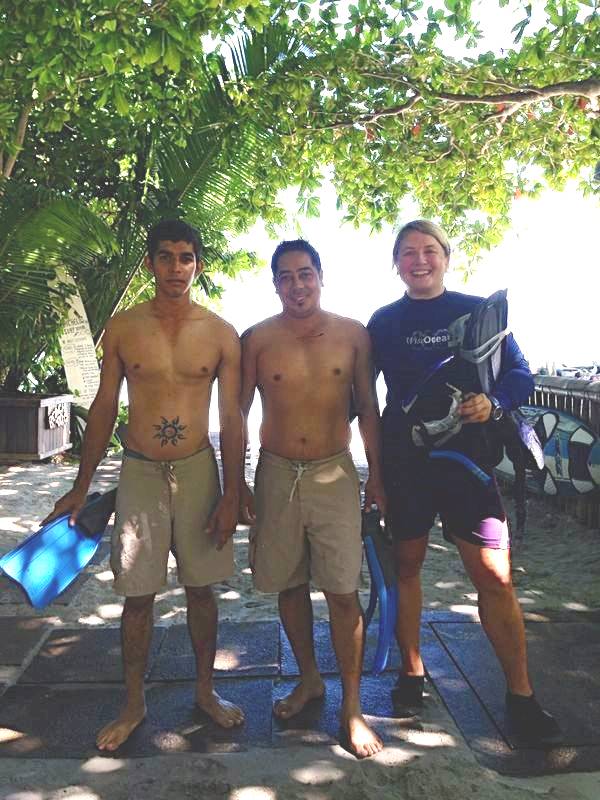 Back at the Resort, Four Seasons employees have been getting in the water and up close to the fish, thanks to the all-new WiseOceans training programme ‘Be Wise Think Blue’. The scheme is now in full swing, with Four Seasons’ employees from several different departments having already participated (though the Engineering team, including Jerry and Paulo who are pictured here, seem to be the most adventurous!) and many others booked in. WiseOceans Marine Educators offer this in-water experience to all Four Seasons staff, so they have the opportunity to join us on a guided snorkel, learn about fish and begin to feel the same passion that we have for the marine life on their doorstep. We want everyone to be as excited as we are about marine life here in the bay, and why wouldn’t they be – with consecutive days of eagle ray sightings, clear visibility as far as the eye can see and of course loads of coral and reef fish, what’s not to love?