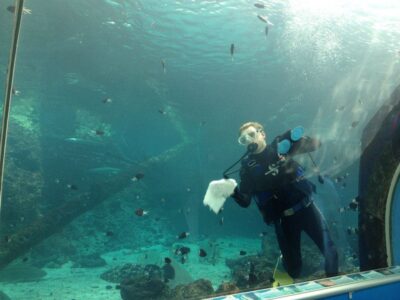 An Interview with WiseOceans… Owain Masters from Hampshire & Isle of Wight Wildlife Trust (HIWWT)
This week we chat to Owain, who knew it was a career in marine conservation and went out there and made it happen.  Gaining valuable experience, volunteering and working out what aspects he wanted to work in, Owain was well prepared when his perfect opportunity came along. Read what Owain learn and it could really help you too. 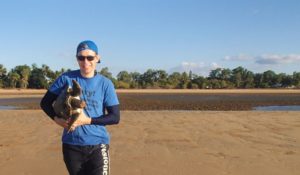 I have been a water-baby for as long as I can remember, always exploring rock pools or playing in the surf. As I got older I began to snorkel and loved watching the bizarre species in their other-worldly environment. Then when I was 12 or 13 the BBC’s Blue Planet came on TV and I was completely captivated. I knew I wanted a career involving looking after the marine world and this developed as I learned more about the threats to the marine environment.

I studied relevant subjects at A-level then read Marine and Freshwater Biology at University. I quickly realised how difficult it was to get a job in marine conservation off the back of a Bachelor’s but didn’t live near enough the sea to build up my experience, so I got a job as a care worker in order to raise the funds to study for a Masters. During this time I also became involved in overseas conservation projects, working my way up to a leadership role in a project which proved invaluable. Then I studied my postgraduate at James Cook University in Queensland Australia. JCU is very well ranked for marine biology with lots of important research going on. I thought carefully about my optional modules, choosing to learn the most valuable skills for employment including subjects I didn’t always enjoy such as GIS and EIA. I also used my extracurricular time to build up my experience. I volunteered for the Great Barrier Reef Marine Park Authority (GBRMPA) and for researchers at the university. I was employed by GBRMPA at their education centre, Reef HQ Aquarium, as a result of my relationship with them through volunteering. Then when I returned to the UK I moved to the coast. I began volunteering locally and learning about the specifics of the Solent whilst starting to look for the role I have now.

It wasn’t a quick process. I ensured I had desirable skills and experience as mentioned in the previous question and began looking for marine conservation related jobs. I was very selective, only looking at a few which matched my interests and the skills I had developed. I had a couple of unsuccessful interviews and asked for feedback to learn from. The feedback was mostly positive; I was a good candidate but there was another candidate with more local experience. When my current role was advertised I leapt at it. It matched the skills I had but was local to me and I knew the area well. At this point I had some interview practice and wasn’t overly nervous about them. I also brought with me a plan about how I would go about the role and gave it to the interviewees. I think it is vital to be extremely proactive to get a job in marine conservation and would advise recent graduates to ensure they keep an active involvement in marine conservation through volunteering while they look for jobs. 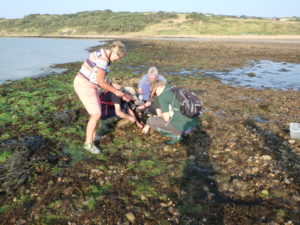 I have really enjoyed a number of workshops we have hosted where we have asked numerous bodies involved in the Solent’s marine health to contribute to our project. We have received feedback from councils and other local authorities, Natural England, the Environment Agency, tourism bodies, national park authorities, harbour authorities, marinas, universities, The Green Blue, the RYA, SIFCA, other conservation organisations and many more. It was great getting these groups together to help shape Secrets of the Solent, but also really useful for ‘cross-fertilisation’ to establish the best ways of working together for maximum benefit to the environment whilst considering multiple user groups.

I also particularly enjoy showcasing the wildlife on our ‘shore step.’ (I am lucky to have experience working in an area as biodiverse at the Great Barrier Reef Marine Park, and still find the Solent equally as fascinating.) I enjoy telling people about the harbour seals that exclusively feed in the Solent, the importance of mudflats and how great seagrass is for all kinds of wildlife. Living in a temperate region there is a spectacular yearly calendar of events; overwintering birds coming and leaving, cuttlefish migrations, Black bream building nests, fish mating, the spring birds competing for resources, marine worms spawning and much more.

Accordingly, I enjoy leading Shoresearch which is a Citizen Science project run by several Wildlife Trusts to survey the intertidal zone. It provides a chance to show people what is out there; even on shingle beaches that look empty of life we can find over 50 species many of which are uniquely interesting and worthy of protection. I would recommend coming along to see what it is about. 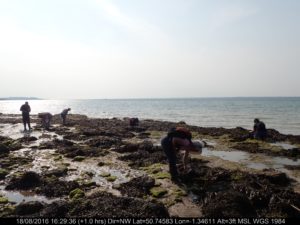 Yes, most definitely. The project I am working on, Secrets of the Solent, is in its development year. This means that we are able to use this time to find out who is working in the Solent, what the most pressing threats to the local marine environment are, what messages we want to convey through the project and how to maximise our resources to help local seas. All stick and no carrot is not likely to be very effective so we began showcasing the great wildlife immediately. This has to form the backbone of the conservation work. Now that we are several months into our development stage we have started to narrow down which of the threats we wish to tackle, the audiences we wish to engage with and the messages we wish to deliver. Meantime, we continue the marine advocacy work that is so important.

How important it is to really focus on what it is you wish to achieve.

I am quite creative and the marine conservation sector is so vast that it is easy to get carried away. Being a generalist may open more doors, but specialising and focussing allows you build up a specific skill set. I knew I wanted to work on improving the links between the general public and conservation for many years, but it was only during my postgraduate degree that I started to narrow my focus towards my career goals. Even with Secrets of the Solent it could be easy to get carried away trying to do all sorts of things but it is pragmatic to prioritise a few areas in order to make headway, and I think this applies more broadly also.

Not really, however I was lucky enough to study a subject about human dimensions of natural resource management at university. The subject stressed how important some skills not usually studied as part of science degrees would be in the environmental sector for practical outcomes and to help overcome common barriers. ‘Successful conservation and management of environmental resources must include consideration of people’s values, beliefs, attitudes and actions.’

Almost all of the pressures the natural world faces are as a result of human behaviour and it would benefit us to further examine causes rather than symptoms. This is daunting but at the very least studying some social science adds a layer of interest to working in the environmental sector.

It is vital to volunteer, network and build up your experience outside of your degree. Most students will have heard this but with such huge competition for limited jobs it is necessary to ensure you stand out even in your free time. If you appear highly proactive in your pursuit to build up experience and then back this up with good performance it will help when it comes to finding the job you want. 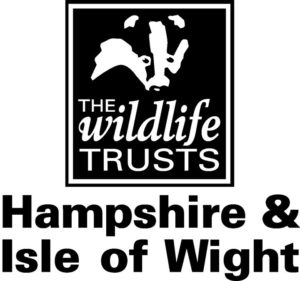 I don’t have one. I like biological systems, and the interactions between species and the abiotic environment… the picture as a whole. If I have to narrow it down: in the tropics I liked Ribbon eels, Leopard sharks and Christmas Tree worms.  More generally, I like cephalopods and nudibranchs, which we sometimes find through Shoresearch.

I have been fantastically lucky. I have enjoyed some great dives, both day and night, in Indonesia and Australia where I saw huge Queensland grouper, Napoleon wrasse, Sea snakes, Feather stars in motion, Manta rays coming to a cleaning post, Parrot fish crunching away on coral and more. I enjoyed taking part in a couple of ‘turtle rodeos’ for research purposes and have swam in bioluminescent algae which is very striking.

Closer to home, I studied my Bachelor’s in Aberystwyth. There is a population of Bottlenose dolphins in Cardigan Bay which I hadn’t managed to see in almost 3 years of living there. Then in my last couple of weeks I was swimming in the sea when a couple of them came close to shore and within 20m of me which was a lovely farewell to the area.

Thanks Owain, so much handy advice and great to see how each step you took helped you to get the great job you now have. Being proactive and getting involved is so important and without question what employers are looking for.

Don’t forget to sign up to our weekly job alert emails and keep an eye on our Wise Work pages so you don’t miss your dream opportunity in marine conservation. Check out the marine opportunities with Hampshire & Isle of Wight Wildlife Trust.  Getting experience in the UK is very beneficial if you want to work in the UK. 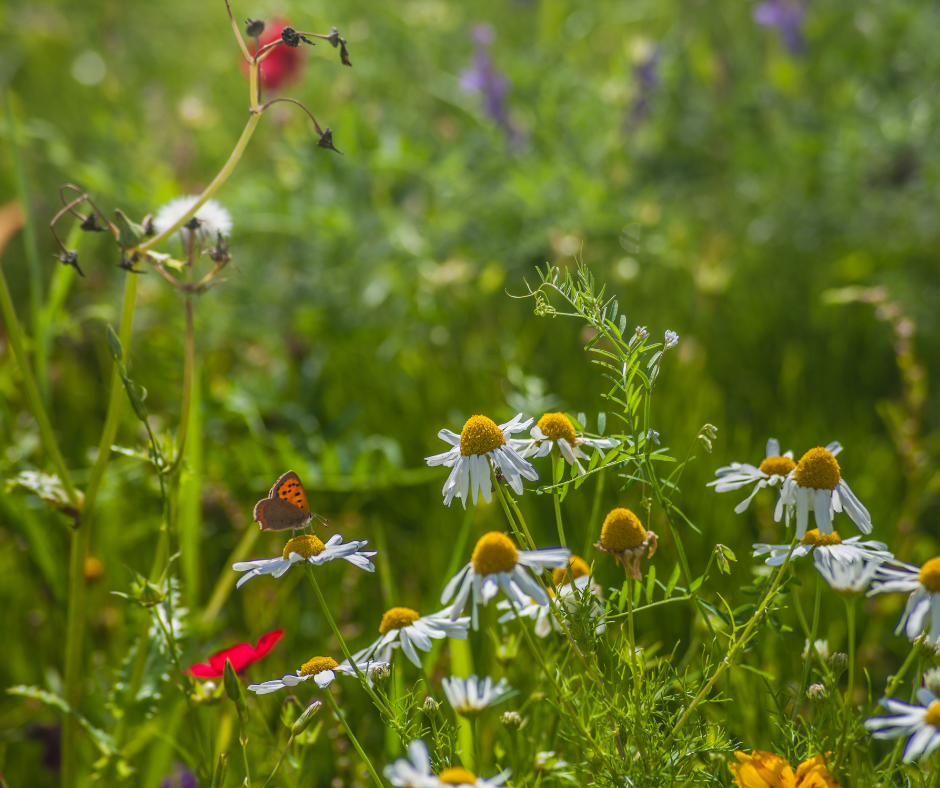