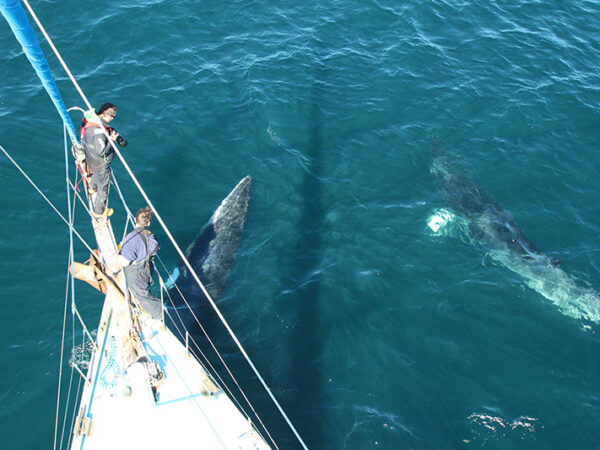 Frazer has studied hard to get to where he is now and advises combining this with getting as much experience as possible and getting out to sea as often as you can.  He is also another interviewee to say that statistical mathematics software skills are a very important part of getting a career in marine conservation… 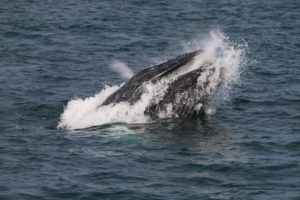 I have always been interested in marine life ever since I was a young boy through reading wildlife magazines and watching documentaries on the TV. However, it wasn’t until I was older that I realised that I could make a viable career in marine conservation. At the age of 19 during a diver work placement off the East coast of Australia I had a chance encounter with a mother and calf humpback whale. During this encounter I instinctively knew which career path I was then to take and follow. As our boat slowed the mother peered out of the water as if to see who we were and if we were any trouble to her and her offspring. It was at that moment that I understood the intelligent kindness of whales and dolphins and that they were often as interested in us as we were with them. I have not looked back and since have worked with these magnificent creatures.

Since pursuing this career I have spent as much time as possible learning about marine mammals and trying to get as much at sea experience as I could. The two were not mutually exclusive and one track often led onto another. I went back to university to study a master’s degree in marine biology and chose a thesis based around the science of whales and dolphins. This in turn led to field work watching these creatures in the wild. After graduating from my master’s I enrolled in a seasonal volunteering position working on a dedicated research vessel in the Mediterranean. This position soon led onto a position as a doctorate candidate.

I landed my current position by applying through an advertisement on MarMam.

At sea survey work, there is nothing quite like being out on the sea watching these magnificent creatures in their natural habitat and on their terms. The best thing is the job is so unexpected you have no idea what the day will bring, might not see anything or a once in a life time experience. Although even if there are no marine mammals to see the beauty of the Scottish west coast is unbeatable.

Yes, the knowledge that all the data we are collecting goes towards supporting and proposing protection measures for the creature is a definite bonus.

I wish I knew that a marine biology job was a realistic ambition. I started this career late as I thought I was just a childish dream but I have managed to support myself comfortably over the past few years.

Yes, there are several skills that I never believed a marine biologist would need. During time at sea many problems often arise with recording and scientific equipment. The ability to be able to sort out and fix problems as they arise is a very important aspect of the job. Thus electrical and mechanical skills are often an invaluable asset. It may also not be what many people would like to hear but I found skills in computer programming and statistical mathematics software got me to where I am today.

Get as much experience as possible, volunteer aboard boats and get your sea miles up.

Cuvier’s beaked whale is a relatively ugly whale that I worked with for over 4 years. At the surface they show no flamboyant behaviours but as a deep diver their biological adaptations and the difficulty of working with these animals is fascinating to me. They are the deepest and longest air-breathing mammal on the planet and the only way to understand what they are up to in the depths is by listening to the noises they make.

Wow, too many to just pick one! One of them has to be the lunge feeding humpback whale off the eye peninsular last year. After an epic day with beautiful flat calm seas and many marine mammal sightings it was decided to go for a longer day. It was well worth it as around 8 o’clock a clear blow was spotted off in the distance. As we got closer we could see the wildlife spectacle unfold in front of us. The water would appear to boil as millions of tiny fish tried to escape being eaten. Then a huge whale would lung up in the middle of it with its jaw agape. If that wasn’t enough there was also around 300 common dolphins feeding around and bow riding the whale as it fed. This combined with the thousands of gannets that few and dived around made for one of my most exciting days at sea.

Are you looking for your first steps in turning a passion for nature, into a career in conservation? Then HWDT have opportunities available right now as Outreach and Research Volunteers