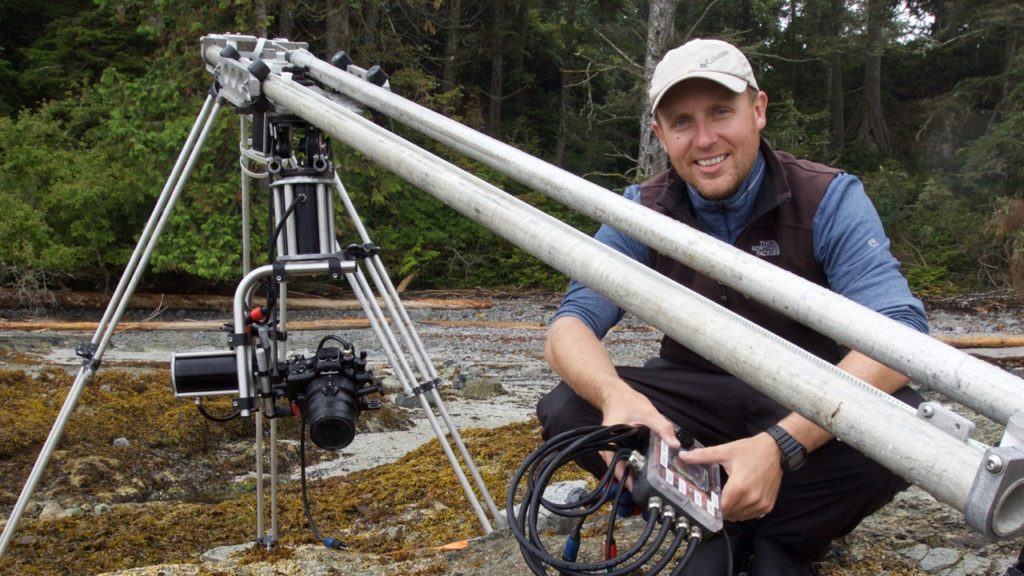 An Interview with WiseOceans…Dan Beecham from Blue Planet II 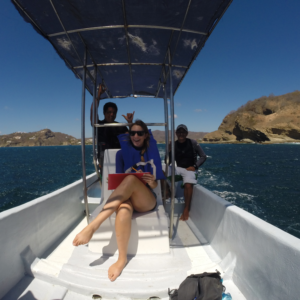 Dan Beecham is a cameraman specialising in filming creatures great and small – in, on and around the worlds oceans. Dan spent two years working full time on the BLUE PLANET 2 series under the BBC NHU camera bursary scheme, spending over 500 days in the field. The seven part series aired on Sunday 29th October 2017. Dan has kindly given us an insight into his work and career, it certainly makes for great reading.

I have been interested in scuba diving for as long as I remember. Some of my earliest memories relate to the oceans, be it snorkelling on family holidays or looking though a big pop-up that I had and loved as a kid (I still have it!). I think this all imprinted on me massively from a very early age. I learnt to dive as soon as I was able to, and then then once I left college I became a dive instructor and worked different jobs in the diving industry for a while. I realised quite quickly that longer term, a job in recreational diving wasn’t for me and it was around this time that the original BBC Blue Planet series aired – in 2001. It was really this that drove me towards a career as an underwater cameraman. In the ‘making-of’ episode of ‘Blue Planet’ I saw people doing amazing diving in amazing places, and I thought – that’s for me, so I set my sights on getting into the industry. Its taken since then to get to a place where I’m shooting the kind of sequences I want to be working on, so it’s a long road.

Currently I’m back working freelance, but the position I had when working with on Blue Planet 2 was under the ‘camera bursary’ scheme that the BBC runs every year. This is a position I would recommend people try and get, as it’s an opportunity to get time in the production office to see how shoots are put together and how and why some of the decisions get made. It will also grant you access to gear and get you out on shoots and working with people from the BBC, helping you gain a reputation in the industry.

Yes absolutely. When I started out, I guess I really just wanted to be out in cool parts of the worlds oceans filming cool and exciting things, it didn’t matter hugely what it was. What I’m interested in now is producing a solid, body of work that will stand the test of time, I want to tell stories from the natural world about new behaviours and species in innovative and exciting ways. I’m my own worst critic and am seldom happy with much of what I produce – this keeps me pushing harder and keeps my bar set high.

I have become something of a generalist in terms of my filming disciplines, as I do work on land as well as underwater, including using drones. This is great as it has helped me develop the skills to cover a sequence from more than one angle, which there is a requirement for more and more these days. For some reason for a while on ‘Blue Planet 2’ I kept on getting sent to film big things with lots of teeth (!) – but I also got to do lots of work with smaller critters on reefs and in kelp forests, which I enjoy and get a thrill out of just as much.

I have done a lot of work with sharks over the last ten years or so, but more recently a lot of my work has shifted focus to a lot of cetacean work – including orcas, humpbacks and sperm whales. This has been a big learning curve, so I’ve really enjoyed the challenge. This requires a completely different approach to working with sharks – you have to approach whales in a certain way underwater, they have to choose to have an encounter with you, otherwise you’ll not get anything.

I think this would be a shoot I did in Sri Lanka, when I was looking for sperm whales to film. I was there for around five weeks, we would spend all day out on the water, from before sunrise to sunset, searching for whales. I’d say that less than 1% of that time we were actually seeing whales, and only 1% of that 1% would result in a good encounter that yields a shot. These were hard days and my patience was tested I’ll admit, but I got some shots I was really happy with overall, those moments of success are what makes it all worthwhile.

This can vary from shoot to shoot, but the general pattern would be to rise early, typically some time before sunrise, get as much strong coffee inside me in as short a time as is humanly possible, then get into ensuring all gear is ready for the day. This could just be a camera and free-diving gear, but it could be re-breathers, multiple cameras as well as drones etc etc. On some shoots we can spend as long as 6-8 hours a day in the water – after a few weeks of which you start feeling pretty broken, but you have to keep pushing. The day doesn’t end when you get back from the days diving, as there’s footage to offload and review, camera gear and dive gear maintenance to do.

Not much honestly. Many of the stories I worked on had been decided on well before I joined the team, as they take so long to find and to plan the shoots and each episode is planned carefully to have a narrative arc. This is not really a part of my job as a shooter.

We were filming the series at the same time as there was a massive El Nino event happening in the oceans, this meant in many places water temperatures were higher than normal, and this changed the times at which certain events happened, or where they happened, or if they happened at all. It made things that should be predictable a lot less so, so everything was just a lot harder than it otherwise might be.

Plastic. I hate to say it, but it’s the first thing that comes to mind. The fact is I saw plastic debris just about everywhere I went to for Blue Planet 2 – and I went to some very remote locations. I think we’re only just starting to see how this issue is going to affect us and future generations.

I assisted fellow cameraman Gavin Thurston on a shoot in Florida where we filmed the opening to the series with Sir David Attenborough, as well as some sequences for the final episode of the series. It was just such a special time getting to work with Sir David and hang out with him and have a glass of wine with him. He’s such a genuinely nice person and works so hard for the production still – a real inspiration.

I’ve been involved with a couple of different series recently, one for the BBC that will be their big series for 2019 and one for Nat Geo. Both have presented new challenges and are keeping me busy. I’ve also been working with the Okavango Wilderness Project to do exploratory filming work in Angola, document lakes that feed the Okavango Delta. Its been hard work but really fun to be working in a new environment.

This just comes down to being involved in the series really – getting to be involved in the follow-up to Blue Planet was a dream I always hoped would one day be realised, but I never dared to think I could get involved to the level that I was. It’s been a massive privilege and adventure.

It feels that we’re seeing the start of a massive ground swell of awareness against the use of plastics and further awareness of other marine conservation issues. We now just need this message do be disseminated widely and for the general public to follow suit – Blue Planet 2 will certainly help with this as it has such a strong conservation message in it.

I’d encourage everyone to realise just how interconnected everything is and to try to get everyone, even people who live a long way from the ocean to realise that their actions have a direct impact on the health of the oceans – and visa versa. Little things you can do in your everyday life add up – the choices you make as a consumer every day make more difference to the world that a political vote you cast every four years, so make those choices count. Don’t be afraid to say to a bar / restaurant / shop that they should stop using plastics, if one person says something per day they may not listen, but if dozens do they’ll make a change and people will follow the trend. It’s really not too late for us to save the oceans as they can be so robust, as we’ve seen in certain parts of the world such as Monterey Bay and Cabo Pulmo, but we do need to act now.

Thank you so much Dan, it is wonderful to hear first hand about your career and your involvement in Blue Planet 2, we are sure you have inspired many people to pursue their dreams in underwater videography.