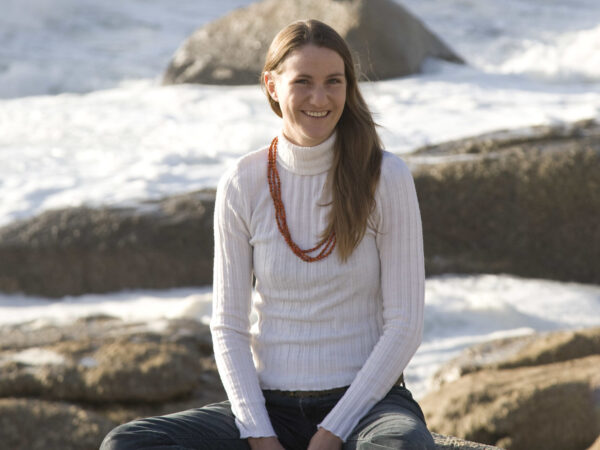 This week we chat to…Cindy Tilney, Director of the Shark & Marine Research Institute in South Africa. Cindy has had an alternative route into marine conservation, initially pursuing a career in journalism, but she has now found her true calling contributing to valuable conservation work with sharks. Cindy’s advice? Don’t try to build Rome in a day! Start off small and give yourself achievable goals.

I have always been passionate about animals and nature and eager to contribute to conservation in some way. I grew up by the ocean and noticed the diminishing number of shells washed up along the beach, and the increasing level of plastic and other pollution. My mother was always fervent about conservation; she would put buckets outside when it was raining so she could water the garden with them later, and she took plastic bags saved from grocery shopping with her to the beach daily in order to collect and dispose of the harmful debris she encountered. It was she who first instilled the drive to conserve, reduce, reuse, and recycle in me. My dad, too, encouraged my deep love of animals and the environment. As kids, he took our family (my mom and all five of us kids!) on road trips all over our home country of South Africa, to some of the most beautiful and untouched parts of the country. He was a strong and stoic man, but the few times I saw him crying during my childhood were when our family pets passed away. My passion was always to be involved in conservation some way or another, and during my career as a journalist I covered many environmental stories, including an array of marine conservation issues and debates, which fuelled my passion to be involved on a more grass-roots level. In 2015 I realised this dream when I joined forces several equally passionate conservationists and we founded the Shark & Marine Research Institute.

As someone who came into the conservation arena from an entirely different (ie. media) background, I can’t claim that working in shark conservation was always at the top of the list of my career priorities – little did I know I would ever be so lucky! However, I have always supported nature and marine conservation and (all) animal welfare in any way I can, including working with various animal outreach organisations and fostering and rehoming as many cats and dogs as I can. I was lucky enough to be given the opportunity to follow a career in marine conservation, and now that I am on the path, I am constantly networking with other conservation organisations and marketing our institute and the research we are doing to further our goals.

An old friend of mine owns a cage diving company and approached me in 2015 about starting a conservation arm of the business. I jumped at the chance to indulge my lifelong passions for nature and its preservation. 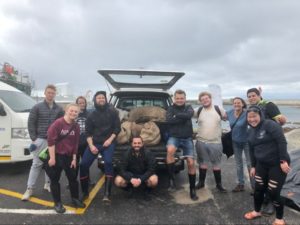 I love multiple parts of my job but contributing to conservation is at the top of the list. I adore inspiring people to fight for nature conservation, particularly that of sharks and all marine animals, as well as the ocean itself. I also enjoy interacting with clients enormously; our volunteers by and large share our love of marine and terrestrial creatures and the environment, so they tend to be lovely and likeminded individuals. Many friends for life have been made on our programme! It is also interesting to meet people from all over the world; we have had clients from as far and wide as India, Kazakhstan, Tanzania, Japan, Czechoslovakia and Canada, not to mention the UK and US! And then of course there are many magical and unforgettable moments in and on the water, which I have been supremely blessed to experience.

Yes, definitely. I was chatting with our marine biologist the other day and we were saying how rewarding it has been to give so many people life-changing experiences.  So many of our volunteers have expressed how much their stay with us has meant to them, and that it has made them more committed than ever to championing the cause of sharks, who are such misunderstood, beautiful, intriguing and critical animals.

That small is beautiful. Don’t try to build Rome in a day. Instead, follow achievable goals at a time, do yourself proud at those, then move on to the next one.

Absolutely. The last five years have challenged me in ways I never imagined, and I have been forced out of my comfort zone on so many occasions. Starting out was tough and we had a very small core team that was required to fill many different roles. Fortunately, our team is one I am so proud of, particularly our programme leader and marine biologist, Mary Rowlinson. She has worked herself to the bone to build our initiative and amongst the most committed and passionate marine biologists I know, and one that I feel immensely privileged to work with. Our research assistants and interns have also been invaluable in assisting us in our research and logistical challenges.
Get as much hands-on experience as you can! It is essential to success in the field. The more experience you can get on the ground, the more insight and understanding you will gain into the fragility of our marine environment, its creatures, and the threats they currently face. Being actively involved in conservation pursuits will inspire you like no academia can and will set you apart from your peers in the eyes of those who may be able to assist you in your career in the future. 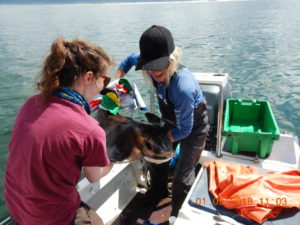 Since starting this incredible journey five years ago I have fallen in love with all sharks. Great whites are incomparably charismatic and magnificent creatures, but even more endearing to me are the tiny sharks along our coastline that are given very little attention in either publicity or conservation terms. Most of these are data-deficient, however, we believe that they may be a critical food source for large sharks such as great whites and others, and that their decreasing stocks may be contributing to the demise of these larger animals. My personal favourite little sharks along our coastline are pyjama sharks (they look like cartoon characters!) and shy sharks, who get so scared when encountering humans or other threats that they curl up into what we refer to as “doughnuts,” poor babies! And then, I also adore a host of other marine creatures, with dolphins being at the top of the list. My perception of these creatures is that they embody pure joy, and I have always felt so incredibly lucky, elated and uplifted, every time I have encountered them on the water. They are incredibly sociable creatures and have often accompanied our research and cage diving vessels for miles.

Oooooh, there are so many of those! I would have to say one was the first time I went cage diving and saw a great white in its natural habitat. It was so incredibly graceful, powerful and majestic that it completely blew my mind, and all my previous fear of these creatures went out the window. That moment showed me how incredibly beautiful white sharks are and made me think of sharks as a species in an entirely different way. Others would be the amazing moments I’ve experienced during our kelp snorkelling surveys and catch-and-release tagging trips. The bays that fringe our rocky shores are true underwater wonderlands, and the little sharks that inhabit them are both exquisite and adorable. Snorkelling through them is a mesmerizing and magnificent experience. And then there was the time we pulled up an eagle ray on a tagging trip – one of the most majestic sea creatures I have ever laid eyes on. We swiftly got her back into the water, but those short moments were some of the most precious of my life.

Thank you Cindy, a career and job that man of our readers will be envious of! If you would like to learn more about the Shark & Marine Research Institute and the amazing opportunities they have check them out here. 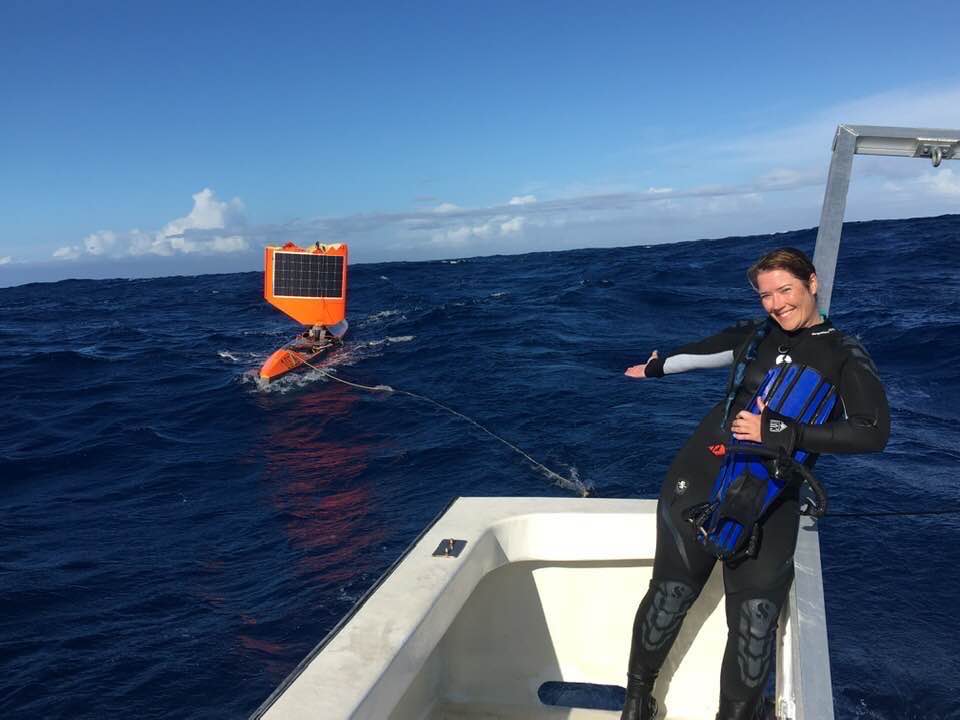